It was a wet and blustery night in London in what was set to be a night of ‘firsts’ for me, but that didn’t stop the rock faithful coming out to support three great bands who were set to provide an evening of non-stop hard rock entertainment. Having not been to the Lounge before, I wasn’t sure what to expect. At first glance, it was clear that the venue was more used to hosting DJ nights, but after a change in name and purpose, tonight it was going to rock out.

First up were southern rock band, Sons of Liberty. Featuring Rob Cooksley on vocals, Andy Muse & Fred Hale on guitars, Mark Thomas on bass, and Steve Byrne on drums the band hails from Bristol and South Wales. These hard rockers kicked off the night taking us through a rousing performance of southern-fuelled hard rock. Rocking out since 2014, the band released their highly acclaimed EP Shinola in 2018, and their debut album, Animism is due out this October via Roulette Records. Playing though a set which included songs from both, they drew the crowd in as it expanded over the early part of the evening. I’ve been aware of the Sons of Liberty for some time, and have always enjoyed their music, but this would be the first time I saw them live. They most certainly did not disappoint. I can highly recommend you catch them live as soon as you can, they are touring regularly across the UK, so it shouldn’t be too hard to find a gig close to you!

Up next were another band I know from their music, but had yet to see live – the midlands own, Piston. This dynamic quintet roared onto the stage and put on a bombastic show. Seemingly powered by the raw energy that was flying off drummer Brad Newlands throughout their set, singer Rob Angelico, lead guitarist Jack Edwards, rhythm guitarist Luke Allat, and bassist Stuart Egan treated us to a number of songs off their eponymous debut album (released earlier this month) as well as brilliant covers of AC/DC’s ‘Gone Shootin’’ and a revved up version of CCR’s ‘Proud Mary’. After beckoning the crowd to move forward, the room really started to fill up, and mid-way through their set, Brad cheerfully quipped “who needs drugs when you can play the drums!” I couldn’t agree more. Being a drummer myself, there is nothing quite like the rush you get from banging the hell out of the skins every night, particularly to a live crowd. Going from strength to strength since their debut on Planet Rock in 2013, and this October they will be part of the Planet Rock Roadstars tour with Gorilla Riot and Hannah Wicklund & The Steppin’ Stones. Tickets are selling fast, so don’t wait to get your own, or you could be disappointed!

And last, but most certainly not least were the Kent Bros, the masters of mayhem, Collateral! This is a band I’ve seen many times, and they just go from strength to strength every single time. Energised by their recent stint on the Bon Jovi Cruise, which saw the boys pick up a whole new slew of world-wide fans. The small size of the stage stopped the band from bounding onto the stage with their typical free-spirited energy, but that didn’t stop them from putting on a show worthy of any stadium in the world. Playing through songs off their debut EP 4 Shots, as well as a number of songs from their self-titled debut album, which is out early next year. With any good band, the key success is not just down to writing and playing great music, something which Collateral do very well, but also chemistry. No one can deny the love the boys have for one another and when they play together that shines through and draws the crowd in. It’s infectious and translates into a band that has a stage presence that is well beyond their years. But while it’s clear this quartet like to have fun and know how to party, there is an underlying seriousness to them and their work ethic that is often missed beneath the veneer of rock stars in the making. Destined for greatness, this band taps into the energy of the 80s Sunset Strip, and modernise it for today’s audiences. If you’ve never seen this hard-working band live, then do yourself a favour and see them as soon as you can!

So what can I say about this night that I haven’t already? This was the end of the tour for Piston and Collateral, with Sons of Liberty joining them on their last two nights. It was clear that all the bands wanted to make it a night to remember, and they most certainly did. It was a brilliant night among friends, family, and loved ones, and it underlined why it is so important to support live music as well as the up-and-coming bands. They are our future, and with bands like these, that future is very bright indeed!

Set List for Piston: Dynamite, Rainmaker, One More Day, Blow It Away, Gone Shootin, Carry Us Home, Go Now, Leave If You Dare and Encore-Into the Night, and Proud Mary

Set List for Collateral: Big Beginning, Big Shot, Going with the Wind, Dreaming, Merry Go Round, Just Waiting, About This Boy, Rosie, In It for Love, Promiseland, Midnight Queen, and Lullaby

Erik De’Viking is a London based freelance music photojournalist. His musical interests include music in all its forms, and he is constantly on the lookout for new bands and genres to discover and later preach about to the masses. 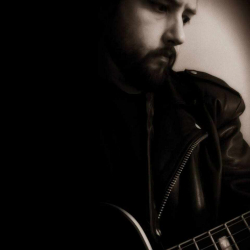 Erik De'Viking
Erik De’Viking is a London based freelance music journalist. His musical interests include music in all its forms, and he is constantly on the lookout for new bands and genres to discover and later preach about to the masses.