September is right around the corner and for the UK it means that the Pale Waves tour is quickly approaching.

Almost a year since the debut album, My Mind Makes Noises, which was released in September 2018, the band is still touring strong hot off the heels of their release.

This tour will include Pale Waves’ biggest London headline show to date, with the band playing the O2 Forum on September 26th. The tour will also see a huge hometown show at Manchester’s Academy the following night. 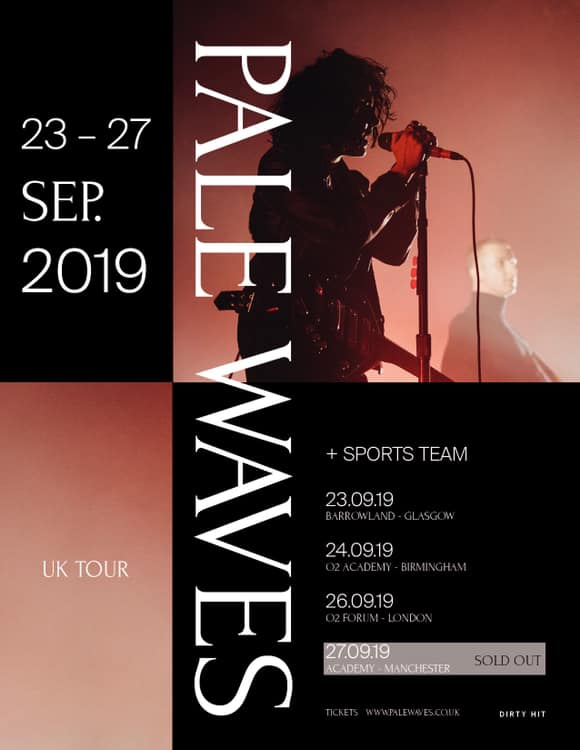