The Grammy winning Swedish rock band Ghost are back in North America this fall with another astounding run of theatrical musical mayhem kicking off in Grand Prairie, Texas on October 25th. The band has also announced a 2019 European tour with Metallica.

Ghost are known for their theatrical stage shows which are presented in two acts with an intermission.  The “A Pale Tour Named Death Tour,”  features seven Ghouls and Ghoulettes on a two-hour program with a striking stage set. Their latest album Prequelle, is loosely based on the Black Plague of 14th century Europe. The song “Rats” off the Prequelle album held the #1 position on the active and mainstream Rock radio charts for nine weeks, becoming the longest-running track to top those charts this year. See upcoming tour dates below. 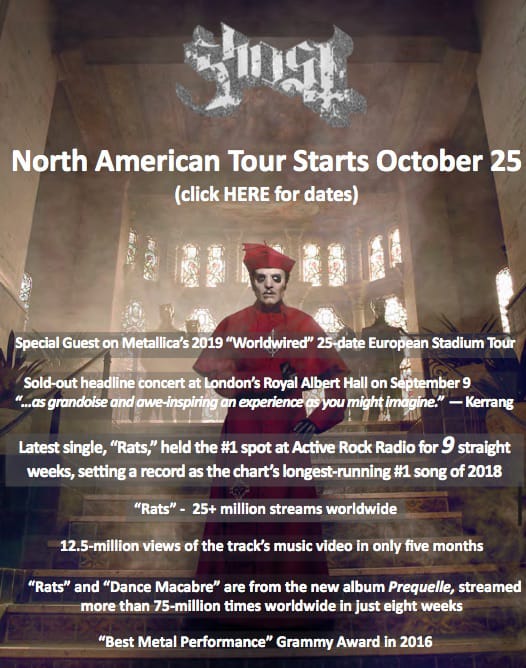