Adelaide based alternative/indie rock band The New Yorks brought their bold, self assured sound to the Rocket Bar on Friday night as part of their “I wish it was you, but that’s just me” tour. The band’s sound is a lively, chaotic mix of tearing guitar rhythms, bombastic drumming (Jared Grimm is a big man and hits the skins HARD!) and the throaty, edgy vocals of charismatic lead singer, Vinnie Barbaro. There are influences from The Strokes, The Cure and Catfish and the Bottlemen delivered hard, fast and with plenty of gung-ho! 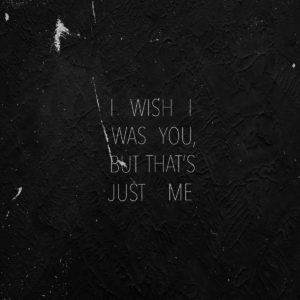 The New Yorks are four school friends who have been together for three years and recently released their second EP “I wish it was you, but that’s just me”. The EP was recorded at Chapel Lane Studios in Adelaide and released in July this year. The band prefer to record in one room and then re-record the guitars to add tone, whilst keeping a raw, live sound. They get together weekly to practise and already have more songs recorded but unreleased, which add to their impressive live repertoire.

The killer single “We enjoy this too much” had the audience jumping and stand out song “Truman” with its catchy licks, demonstrated the constrained energy of their performance with Marcus Rosella’s commanding guitar work driving the song.

Supported on the night by other locals bands Neon Tetra and The Winter Gypsy, The New Yorks are steadily making a name for themselves having also teamed up with San Cisco, Philadelphia Grand Jury and Chet Faker in recent outings. Drawing influence from their love of blues guitar (think Stevie Ray Vaughan and Cream), Vinnie is the band’s primary writer starting with chords and riffs. He then records a demo to present to the rest of the band. The rest of the guys contribute to the arrangements and lyrics are finally added. The result is songs about student life, relationships and every-day meanderings with a fractured, edgy, polished garage sound.

The New Yorks’ tour continues with their next show at The Reverence Hotel in Melbourne on September 22nd.

“We Enjoy this too Much”