Check out Rock At Night’s interview with up and coming band, Tibet. They have great harmonies and a really fresh sound! 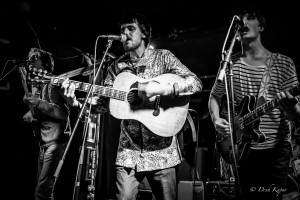 TIBET – 1. We just want to tour as much as possible in 2016. Making connections with people all over the place when we’ve been playing is the greatest feeling!

2/ As you have said you have a UK tour coming up, tell us about that, how big is the tour, where are you playing?

TIBET – We’re playing a bunch of dates for This Feeling at the moment, we’ve had a tremendous amount of support from Mike and the rest of the This Feeling gang over the past months, and it’s been great playing venues with people actually in them! We hit Leicester for This Feeling on March 12th, and we also have a very exciting hometown show in Cardiff on the 26th of March, in the basement of a little antiques market. There’s going to be a bunch of art alongside Cardiff’s finest musicians, an all rounder!

3/ What release do you have out at the moment?

TIBET – We’re currently still on the release of our second, self titled EP, that was recorded up in Bridlington with James Kenosha. However at the moment we’re sorting out the release of our third EP, which was recorded near Bath with the absolute legend that is Stephen Street. He did a lot of the Smiths records, as well as the entire Blur ones, which makes us tingle with excitement, in all the right places.

4/ As you have said above you have a single out at the moment and a EP in the pipe line. Where did you record that, did you play all the instruments and/or did you use session musicians? Are you releasing it yourself or are you releasing it through a label, when is it being released?

TIBET – We recorded in a studio called Distiller Studios just outside of Bath, and it’s safe to say, it’s the most beautiful studio any of us have ever been in. You don’t know a good shower until you’ve been in the shower in Distiller, the power of that shower is unrelenting. The studio is really nice too, but that shower though. It was played by us four, and will be self-released towards Summer time.

5/ FRED PERRY SUBCULTURE put you in the top 20 bands in Wales to watch and described you as a mixture of The Artic Monkeys and Pulp. I personally hear a bit of the Kinks in there, great harmonies by the way. Do you think that represents your music, how would you describe yourself musically?

TIBET – It was so great to be a part of that list, we just hope it means free Ralphy hats somewhere down the line! First and foremost we’re all huge fans of the Beatles, I’m sure you can hear that come through when you listen to our tracks

Everything influences our music though, we’re huge fans of Neil Young, Beck, Zeppelin, ABBA, and Bowie too. Obviously all the natural connections to be made such as the Kinks and the Monkees too!

TIBET – Wales seems to be a thriving environment for untapped talent at the moment, there’s a lot going on here, which is what we’re trying got demonstrate by putting on good shows like the one in this antiques market! We’re good friends with a band called ESTRONS, who are making major waves at the moment, which is good to see. They’ve been a band that has worked hard for a really long time, and you can really hear it in their music!

7/ Tell me one bizarre and interesting fact about yourself.

TIBET – We all smell our pedals before we play. It’s essential, if you’re not smelling your pedals before you’re going on, you’re doing something wrong. Who knows what could malfunction if they don’t smell right?

8/ What are your musical roots? What bands did you listen to growing up and who are your influences?

TIBET – It varies between the four of us, Joel grew up on bands like the Beatles and Neil Young, and his brother Ethan liked more of the psychedelic edge of stuff, with bands like the Flaming Lips. Rhys is an Oasis man, through and through, and Tom was a big fan of the White Stripes.

9/ Since I play music, I’m always interested in knowing about gear. Do you favour any kind of guitars, amps, or effects?

TIBET – We’re very stringent when it comes to effects. One of the things we love so much about all the Beatles records is that they’re all (to an extent) very dry and very transparent. You know what’s being played, and it’s integrity to the song. There’s something really lost nowadays with indie bands, with guitarists having a space ship at their feet, that basically hides the actual tone of their guitar, washing all of their songs with reverb. We want to sound like a band, not a toppling piece of scaffolding in a cathedral hall. Guitar-wise though, I think we’re all Fender boys, you get such a classic tone out of a Fender that is unmatched by any other guitar.

10/ Who is an artist you have always wanted to see in concert but never had the opportunity? Who would you like to tour with?

TIBET – I think a few of us would have loved to see the White Stripes when they were still together, we’d love to see Courtney Barnett too. She came to Bristol a few months back but just managed to skip under our radar!

11/What is the best thing about being a musician? What is the worst thing?

TIBET – We were talking about this the other night at our show in Sheffield actually. One of the greatest things about being a musician is experiencing the feeling of people coming to see you to have a good time. It’s always baffled us, but it feels great when people come to listen to our music to have fun. Sitting in a cramped Ford Fiesta Estate with a full backline and three other odorous men is the worst.

12/ Is there anything you would want people out there to know about you or your music?

TIBET – It does sound different when you smell your pedals. We’re telling you.

TIBET – Damn straight it is.

14/ And just so we don’t finish on 13 questions what is your ideal night out?

TIBET – We’re all a cheap date– a good pub with a pool table will sort us for the night. Horribly cheap kebab at the end too.