Rock At Night had the pleasure of seeing the venerable modern rock band Inspiral Carpets at The Tivoli.  Inspiral Carpets helped Manchester become “Madchester” in the late ‘80s and early ’90 with its danceable, catchy melodies which featured vintage organs and plenty of retro sound.  Hit singles like  the recent “Spitfire” and  classic “You’re So Good to Me” were real crowd-pleasers.  Stay tuned for their next tour in the UK in November and December 2015.  Please read Rock at Night’s interview with guitarist Graham Lambert below: 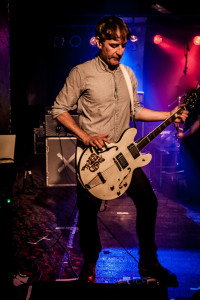 Since 1985 I knew Stephen throw football and we had a similar taste in music.

60s psychedelia and John Peel indie bands, there were our guiding lights.

We all write, there is no message. 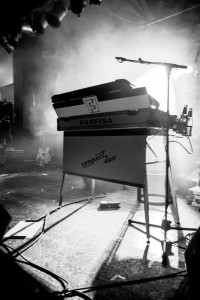 ROCK AT NIGHT: Since I play music, I’m always interested in knowing about gear. Do you favor any kind of guitars, amps, or effects?

I like to see Nick Cave as often as possible, the ultimate performer.

ROCK AT NIGHT: What is the best thing about being a musician? 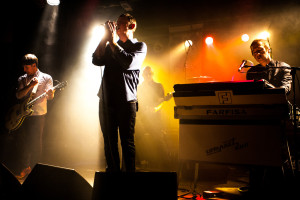 ROCK AT NIGHT: What is the worst thing?

Ultimately it’s an industry and you are a business

Don’t always believe what you read, as David Brent says in The Office ‘sometimes the complaints may be false’.