Smith & Myers – the duo comprised of multi-platinum artists Brent Smith and Zach Myers – have announced headlining dates for their winter tour with special guests J.R. Moore and Zack Mack. Kicking off on November 30th in Memphis, the tour will make stops through Myrtle Beach, Raleigh, New York, Cleveland, Chicago, and Detroit before wrapping on December 18th in Cincinnati. 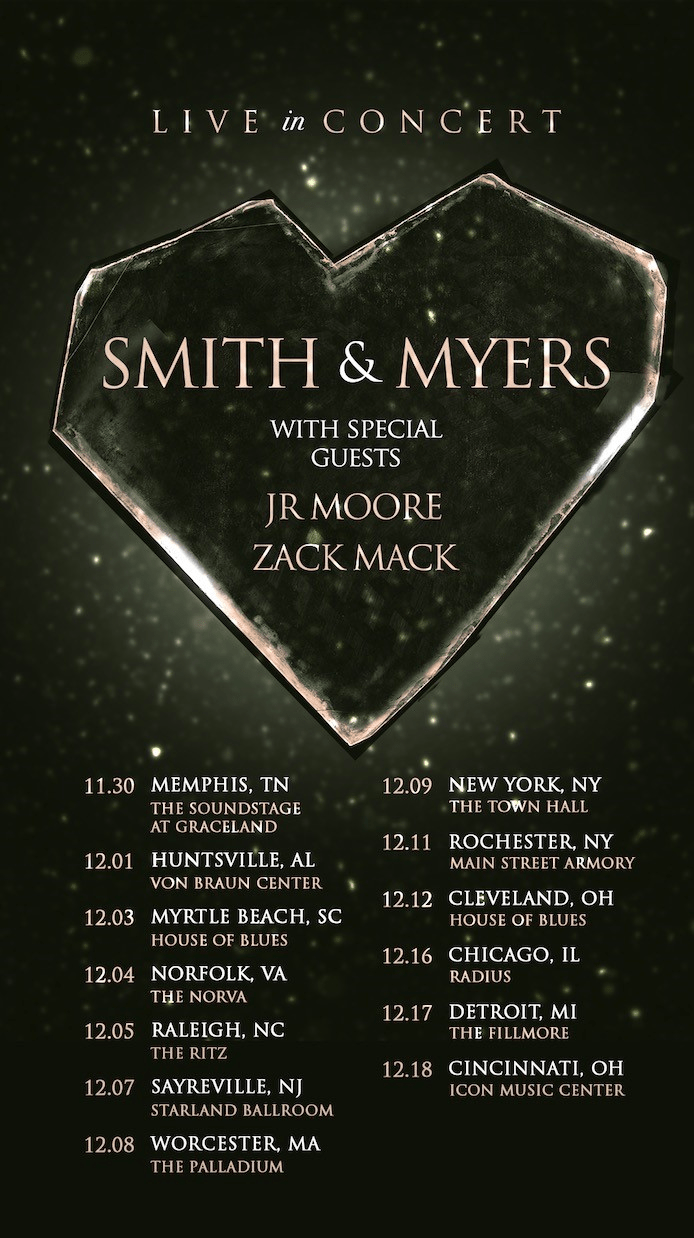 Last October, Smith & Myers released their double album, Smith & Myers Volume 1 & Volume 2, which showcase the duo’s ability to pack power and soul into songs created with nothing more than a microphone and an instrument or two, highlighting their sonic versatility throughout a mix of poignant original songs and unexpected covers. Produced by GRAMMY nominated and longtime collaborator Dave Bassett, the duo’s debut album Volume 1 features original song “Not Mad Enough,” which touches upon the rights and wrongs of society and our connection as human beings, and original song “PANIC!” alongside renditions of Neil Young’s “Rockin’ In The Free World,”Post Malone’s “Better Now” and INXS’ “Never Tear Us Apart.” Meanwhile, Volume 2 features the alt-rock original tune“One More Time” in addition to “Bad At Love” as well as a re-imagining of Billie Eilish’s “Bad Guy” and other covers such as Peter Gabriel’s “Sledgehammer” and Billy Idol’s “Rebel Yell.”