The new album from Sunset Sons titled, Blood Rush Déjà Vu, is due for release on November 1, 2019, produced by Grammy-winning MPG Producer Of The Year, Catherine Marks (Wolf Alice, Foals, The Big Moon). Following 2018’s The Rive EP release which was also produced by Marks with over 2 millions streams, the new album is the follow-up to Sunset Sons’ UK Top 30 debut album, Very Rarely Say Die. The release of Blood Rush Déjà Vu will be closely tailed by a run of 7 UK headline shows from Sunset Sons. Check out tour dates below.

Recorded between London and the band’s adopted hometown of Hossegor on France’s Atlantic coast, Blood Rush Déjà Vu reassembles Sunset Sons’ origins as a group of Aussie-Brit surfers who shared a love of music on the side. Swapping waves for stages and beaches for festival fields, the fast-growing successes of the past few years have flipped the dynamic, keeping surfing firmly sidelined as a hobby squeezed in during the occasional break from touring. The band have played over 250 shows, including touring runs with Nothing But Thieves and Imagine Dragons alongside sold-out headlines of their own. 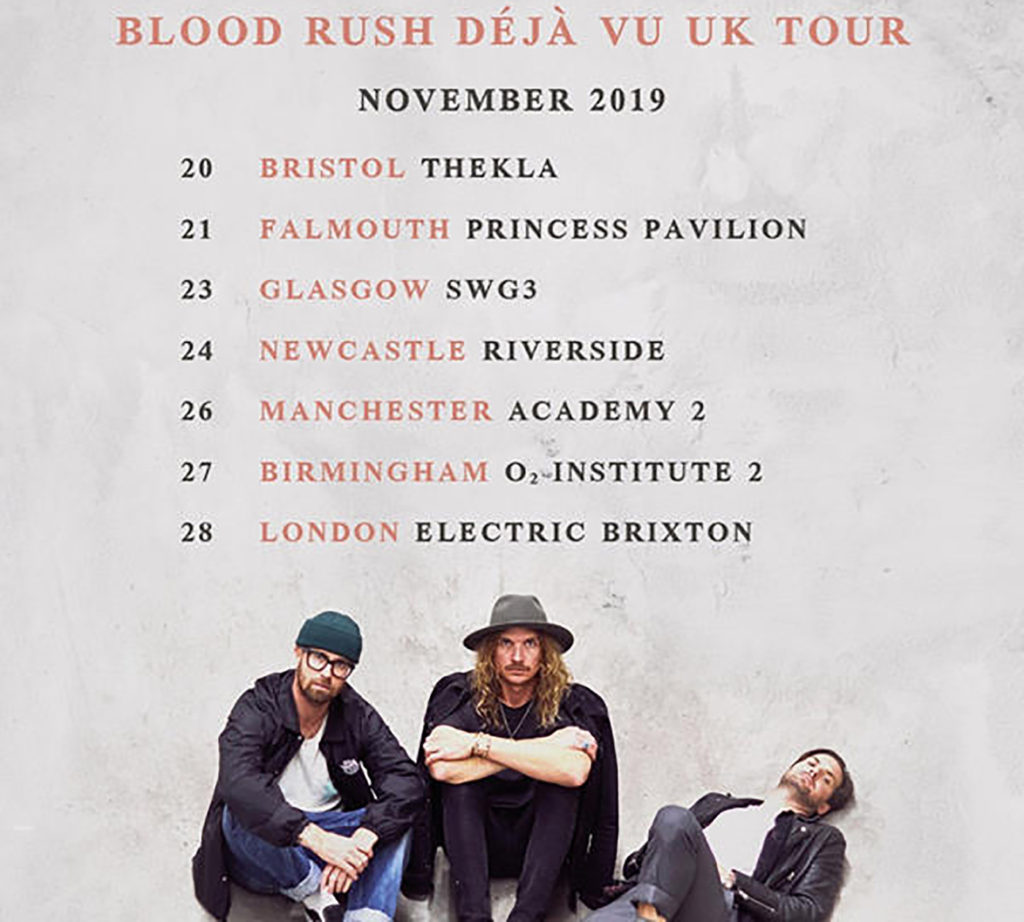