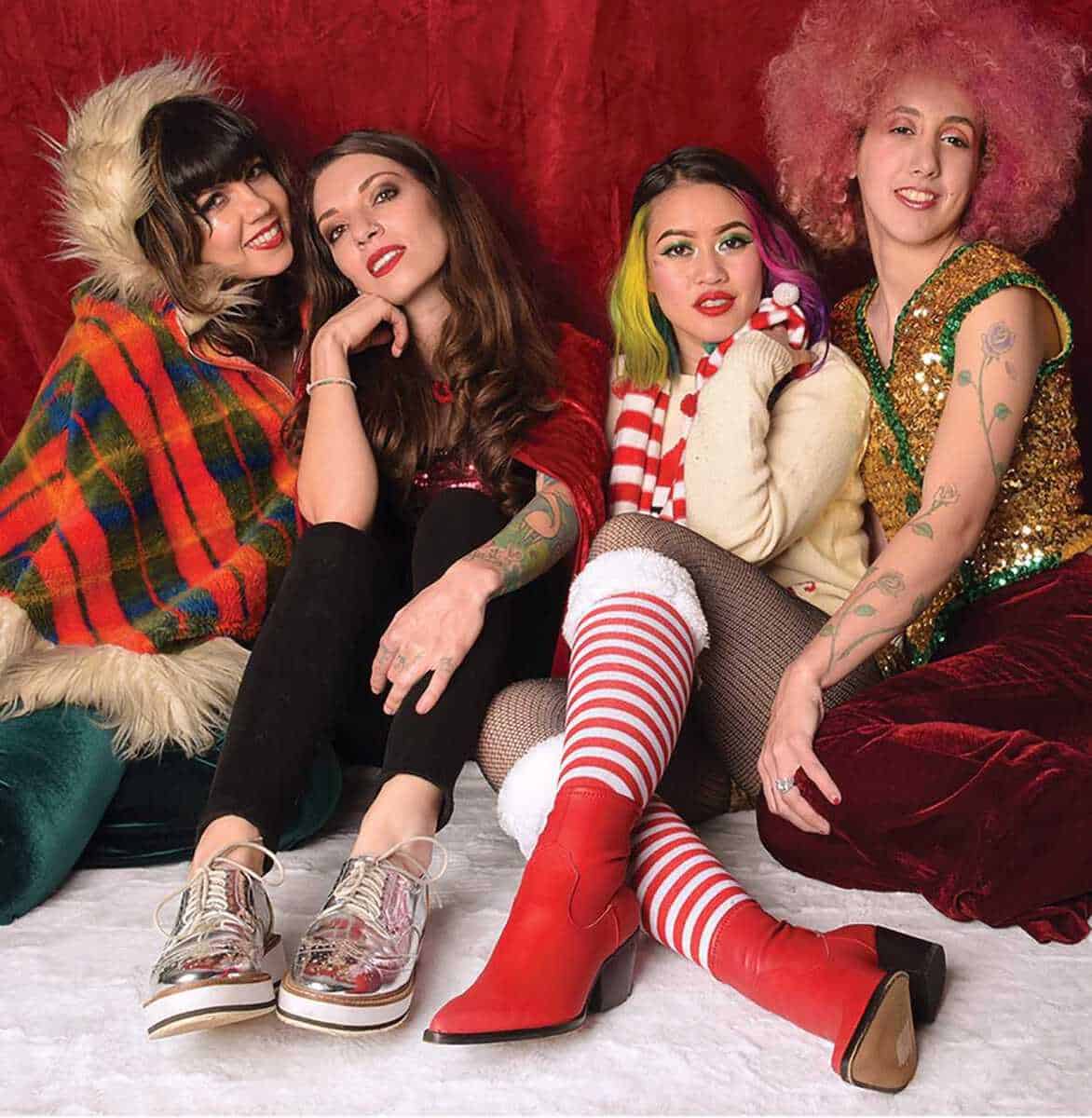 Recapping about Glam Skanks (www.GlamSkanks.com) … they’re the all-female band from Los Angeles who, in addition to their tours opening for Adam Ant, have also opened for Alice Cooper, The Skids, played as Cherie Currie’s (The Runaways) backup band, toured Europe, have a song in Kevin Smith’s “Yoga Hosers” movie, jammed with Steven Tyler and released their new album “Glitter City”.

Since wrapping three USA/UK tours opening for Adam Ant in 2017/2018, they’ve played with The Adicts and are in the studio to record their upcoming album.

Rock At Night’s interview with the Glam Skanks in February 2017: