Blondie’s Chris Stein has released POINT OF VIEW: ME, NEW YORK CITY, AND THE PUNK SCENE, his latest photo book – out now. Following in the footsteps of the successful Negative: Me, Blondie, and the Advent of Punk, this newest book is a highly personal and visually arresting collection of Stein’s photographs which captures an important, but fading chapter in Manhattan’s history – complete with candid photographs of pop-culture icons – through his insider lens. PRESS HERE to purchase.

For the duration of the 1970s-from his days as a student at the School of Visual Arts to founding member of the era-defining band Blondie and the architect of its success with lead singer Debbie Harry, to his subsequent reign at the epicenter of punk’s golden age-Chris Stein kept an unrivaled photographic record of the downtown New York City scene. Focusing mainly on a single decade in Stein‘s own world, the images presented here take us from self-portraits in his run-down East-Village apartment to evocative streetscape shots in all their most longed-for romance and dereliction.

An eclectic cast of cultural characters-from William Burroughs and Lydia Lunch to Debbie Harry and Andy Warhol to Basquiat and Shepard Fairey-is captured during this moment in time, juxtaposed with children sitting on stoops, torn-down blocks, the graffiti-ridden subway, and the burgeoning club scene of the Bowery.

At once a chronicle of one music icon’s life among his punk and New-Wave heroes and peers, and a love letter to the city that was the backdrop and inspiration for those scenes, POINT OF VIEW captures the cultural and social ethos of the 1970s. While Stein is credited with helping to shape the sound and the look of pop culture for more than four decades, POINT OF VIEW is a thrilling reminder of Stein’s brilliance as a photographer and documentarian of the New York City music scene and beyond.

About the Author: Chris Stein is the co-founder, songwriter and guitarist of the iconic punk band Blondie. The band’s 11th studio album, Pollinator, was named one of Rolling Stone‘s 20 Best Pop Albums of 2017. Chris’ photographic work has been featured in galleries and press around the world, and published in the successful book Negative: Me, Blondie, and the Advent of Punk (Rizzoli). Beyond his era-defining music with Blondie, he has collaborated with a host of artists over the years, including Andy Warhol, Basquiat, William Burroughs, Devo, Glenn O’Brien, and Shepard Fairey.

Credit for the book must read: © Point of View: New York City Life and the Birth of the New Wave by Chris Stein, Rizzoli, 2018. Photography © Chris Stein. No images or text may be reproduced in any way, published or transmitted digitally without written permission from the publisher.For image permission to accompany your coverage, or for any other publicity information about this title, please contact Ron Longe at 212 387 3410 or rlonge@rizzoliusa.com. 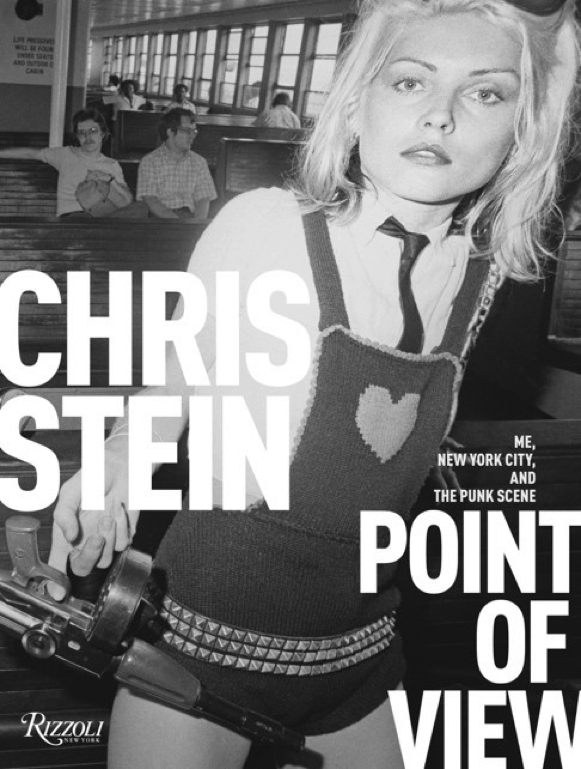 POINT OF VIEW: ME, NEW YORK CITY, AND THE PUNK SCENE