ROCK AT NIGHT wonders if this is the new replacement for music documentary filmmaking? This fan-made film was compiled from cell phone videos at The Cure concert performed in Poland in 2016. Even the screenshot photos taken from the film look to be high def.  We professional photographers are being replaced by cell-phones so this is the next realm!  Check out the story below! 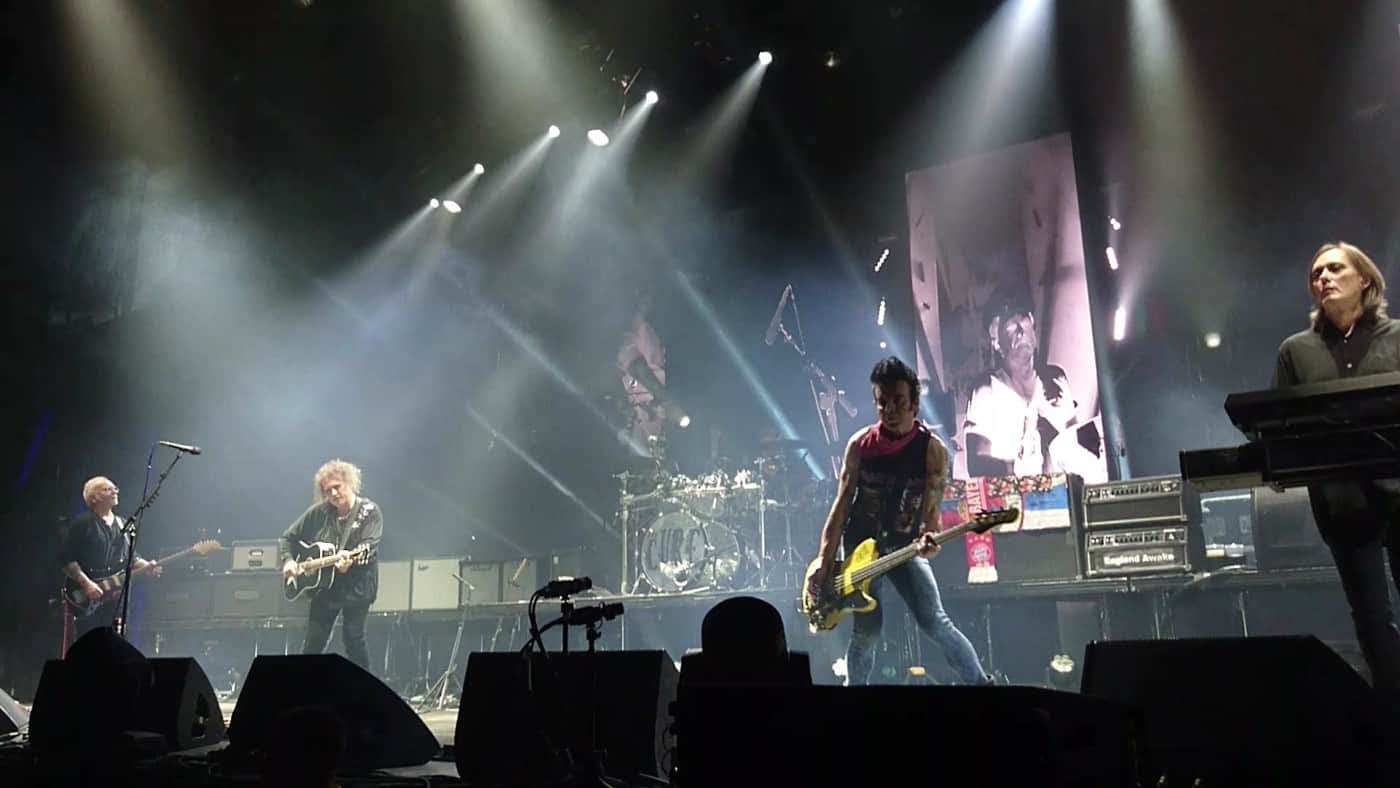 Hundreds of The Cure fans contributed video and photos to a project by a Polish fansite to stitch together an enormous amateur multicam of the band’s concert in Poland in October 2016 – and they’re now offering the nearly 3-hour film to watch online and as a free download to fellow fanatics.

The project was undertaken by the fansite thecure.pl, which released the completed film over a month ago. Since that time, the film has been downloaded nearly 10,000 times. Now it’s available to watch online too.

The organisers say their goal was to assemble the best quality audio and video possible and, in doing so, they gathered more than 350GB of footage, which included everything from phone clips to Blu-ray and 4K quality files. They also obtained near-soundboard audio to use over that footage. These efforts have resulted in the production of a full document of the 31-song, 2-hour-43-minute concert — which you can download in a variety of video formats, including HD, from their website, or watch below…

THE FULL FILM!  Over Two Hours of The Cure!

This Film is a compilation of multiple amateur shootings. The sound and video in this concert are not professional recordings and were kindly provided by The Cure fans. All rights on the subject of music and lyrics belongs to The Cure and their representative recording companies. Recorded live in Lodz, Poland on 20 October 2016. Download full concert for free in FullHD, HD1080p30, HD720 and 3xDVD at www.thecure.pl

The Cure Performing “The Forest”