By Rick Slagter, Rock At Night Groningen, The Netherlands 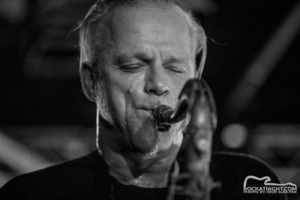 The Toasters is a third wave American ska band from New York. The band started in 1981 and was formed by the singer/guitarplayer Buck. He’s the only original member in the band. The Toasters released studio albums as well as live albums, but the last one was a couple of years ago.

But The Toasters are still alive and skanking–and they are touring a lot. They’re doing the last European shows in Europe and in 2018 the band starts an American tour which will run till the early spring–then back to to Europe again. RAN caught The Toasters in the venue Simplon Groningen, The Netherlands. They did a smooth up tempo show playing a large compilation of the albums, which was enthusiastically received by the audience.

Living in the North of The Netherlands, the independent creative area of the country (hotspots are Groningen and Leeuwarden).

Follow Me
Latest posts by Rick Slagter (see all)