Owl Company, a new band from São Paulo, Brazil which released their debut full length album Horizon on July 14, 2017. You can read Rock At Night’s review of the album HERE.  Their first single “Riddles” has almost a hard rock, retro sound.

The release of Horizon will be followed by tours of the USA and Europe this summer and fall.  It’s hoped the album and tours will elevate Owl Company to a well-deserved place on the world stage and into the ears of heavy music aﬁcionados everywhere.

Rock At Night had the opportunity to catch up with Enrico Minelli, Lead Singer and Frontman of Owl Company, last week to talk a bit about Owl Company, their new album “Horizon”, and the band plans for the near future.

RAN: How did the Owl Company project get started?

Enrico: I used to live in LA, and I used to have a band called Cruz, and we played a lot, like coast to coast tours.  I met a lot of interesting people, saw a lot of places and although that was a lot of fun, I had this nagging feeling that it was time to go back to Brazil. I wanted to spend time with my family, as my parents were getting old.

Meanwhile, I used to talk a lot with my old friend Felipe (Ruiz – Guitar) and we started to talk about different guitar riffs of different styles.  We would send riffs back and forth and planned to sit down for a beer and talk bands when I returned to Brazil.  I soon returned to Brazil and sat down with Felipe, and by then we already had four or five ideas (that ended up in the album).  We wanted to keep our roots and we decided to form a band.

We then called our friend Bruno Pompeu for the Bass and Thiago Biasoli on the Drums. Later on, after we recorded our first album, Bruno Pompeu asked to leave the band for personal reasons. Then we asked Fabio Yamamoto to join us on  bass. So basically that’s how the band started, two guys talking over a beer and exchanging riffs over Skype, back then we both had a home studio.

RAN: In Brazil we have this culture of cover bands for everything. Did you guys start Owl Company as a cover band or went straight to your own stuff?

Enrico: We started to play our own stuff from the beginning. When we first started, we wanted to stick to our roots and work on a project without being pretentious. We wanted to have a band to play together and enjoy ourselves.  After we started to play more, we decided to get together and start looking deeper into our stuff and we thought about actually taking the band to the next level.

RAN: Did you guys started the band singing in English or Portuguese?

Enrico: We started straight in English. I believe that the native language of Rock, especially when heavy, is the English language, and it is very hard to compose and sing in your native language.

I really give it up for the Brazilian Bands that can compose and sing in Portuguese, I really do, because you have so much more work to do, you have to take what you have and think about phonetics, rhyme and still have a final product that is attractive, especially for the international market. 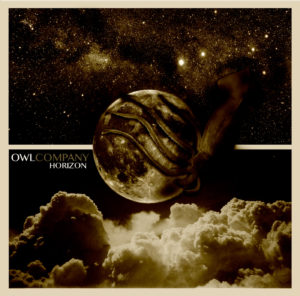 RAN: Tell me about the near future plans for Owl Company.

Enrico: We are working on scheduling some shows in California. So far we plan to hit LA, Fresno, San Diego, Santa Barbara, San Francisco and Las Vegas (NV) and we are with talks about Seattle and Portland as well.

One thing that I’m very impressed, and happy, is with the occupation of our work in the US market. We have received a lot of attention and that is pretty awesome because nowadays a lot people don’t really pay attention to music, most people doesn’t look into a bands work and actually knows how much work we have to go through to finish an album, so that is very satisfying to us.

For more  information, check out the band’s web properties: