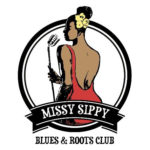 Last month this column was devoted to ukulele bluesman Manitoba Hal Brolund who has released five phenomenal CDs. Now I’d like to give a heads-up on the release of his sixth, Manitoba Hal, Live in Ghent, recorded at Missy Sippy blues and roots club

I often find live concert recordings annoying, marred by poor audio quality and extraneous noises. This one is definitely an exception, as it captures a genuine performer-audience connection without the drawbacks. Even more remarkable, it is a result of happenstance, perhaps contributing to its intimate feel. Hal said

It was just one of a number of shows I was performing in Europe and it happened to get recorded. After the sound check, the engineer asked if I wanted the show recorded. I thought sure, that way I can share it with Nicole (Hal’s co-producer) because she likes to hear my shows on the road when possible. When we heard the tapes we were blown away and that’s how it became a release. So the whole thing being recorded was just luck.

Thus, not being by design as most live CDs are with the artist choosing the best of several venues, this is 100% natural.

Hal knows how to sequence a great set list with pleasing changes in pace. Because it’s a two CD, 24 cut recording, he presents a large number of blues classics as well as his fan-pleaser original, “Tastes Like Chicken.” This song, alluding to the pat description of rattle snake, gator and other culinary oddities adds comic relief with subtle implications of disappointed expectations.

He even includes a love song, “Turn Out The Lights,” which showcases his excellent vocal talents as well as providing an inadvertent wryly comic moment. He introduced this tune by stating that he’d change things up by doing a song for lovers and asked who in the audience was in love. The tepid response proved that this was a group ripe for the blues.

Having seen him in concert at the Tampa Bay Ukulele Getaway I witnessed his rapport with an audience. There are polite standing ovations and then there are spontaneous eruptions of enthusiasm. That is what he received. With some good fortune you, too, might see him in concert. Check his website for tour dates. Meanwhile you can enjoy the next best thing – his Live in Ghent.

Purchase Live in Ghent through clicking on the Media link on his website:

Hal at a house concert singing “Tastes Like Chicken”: