Running down the steps towards the Club Academy of the Students Union in Manchester GB, a venue with an inviting club atmosphere, to the invigorating sounds of Bleeker. They look to the untested audience with smiling eyes, beginning the set with an energy that remains throughout the night.

Bleeker already has a pedestal for alternative rock in their native Canada. With an altered band name since January 2016, Bleeker’s great Manchester gig shows the bands aesthetic and distinctive sound remain as powerful and as unshakable as ever. Bleeker’s set binds together the entrancing swing of The Rolling Stones with the unforgettable riffs of Led Zeppelin. I also hear the magical undertones of P J Harvey.

Bleeker’s energy stayed high with ‘Highway’, a bassy number that left a buzz after the song and into the next, their newest single ‘Where is Your Money’ is not spat with venom but with a smile, one that comes from knowing someone who wronged you is worse off for it. Bleeker brings with their songs excellent riffs with a mix of classic rock and pop to create an infectious sound which made me dance along.

We got a moment to speak with the cheery lead singer Taylor and were surprised to find they had no set list for the night. “We make it up as we go along”, this has a lot to with to do with the telepathy that seems to exist within the band particularly between the brothers Taylor and Cole after 13 years of playing together, and Mike on bass doesn’t let the brothers down one bit.

The proverbial torch was then passed to Dinosaur Pile-Up and they held it high and bright; the likes of ‘Friend Of Mine’ and ‘Willow Tree’ are like hit shots of adrenaline. Songs are punchy and turbo-charged – distorted guitar riffs and raucous drumming with a slick bass compliment work so well when intertwined with lead singer Matt’s vocals.

The second track of their set is ‘Peninsula’, another belter from their most recent album ‘Nature Nurture’. Whilst I’ve mentioned ‘Nature Nurture’, the title track for this album title is warmly received and, in unison we all chant the vocals while Matt, Michael and Jim lay it down hard – a real crowd pleaser.

The Swedish giants Royal Republic take over the stage with stonking loads of panache talent and good humour as well as excellent dress sense. Frontman Adam Grahn has a hypnotic presence from the beginning, his voice in their opener ‘When I see you Dance with Another’ is heavy and confident and the support vocals of bassist Jonas made for an impressive duo in the acoustic hilarity of ‘Addictive.’

A testament to their energy is the admission that they have already destroyed two amps and a peddle board on their current tour. This keeps their dedicated roadie Patrick busy as he was giving out instruments and covering the frontman’s switching, though the audience shouting complimentary football chants with Patrick’s name must have made it worth it.

Royal Republic finished with their anthem ‘Full Steam Spacemachine’ a riotous and explosive track that the audience knew well, by this point it was clear that we were representing Manchester through and through as the bustle jumps up and down in unison, a hype I’ve only seen matched by The Who gigs at Manchester Arena.

‘Highway’; the first track in their 2016 album Bleeker:

‘When I See you Dance with Another’; the third song on their 2016 Album Weekend Man: 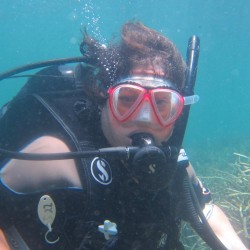