The Answer have announced the release of their eagerly anticipated new album Solas via Napalm Records on October 28th. The first track to be taken from the new album is the melancholic ‘Beautiful World’, which is available from today (August 25th). Co-written with former Massive Attack producer / composer, Neil Davidge, ‘Beautiful World’ is bathed in a dark, cinematic eeriness, juxtaposing with its optimistic title, before evolving into an explosive, retro-rock stomper. You can listen to it in the video below.

A decade into the band’s career, Solas marks a significant turning point for The Answer and in particular lead singer Cormac Neeson. After their 2015 US Raise A Little Hell tour, the band returned to a scene of utter emotional and financial chaos with matters escalating further for Neeson, when his newly born son, Dabhog, arrived into the world three months premature with multiple health issues. After four months of fighting for his life in a nightmarish world of ventilators, blood transfusions and an enveloping fear of the unknown, it was time for The Answer to return yielding a newfound strength. For this they turned inwards to their culture, and their deep-rooted sense of ‘Irishness’. 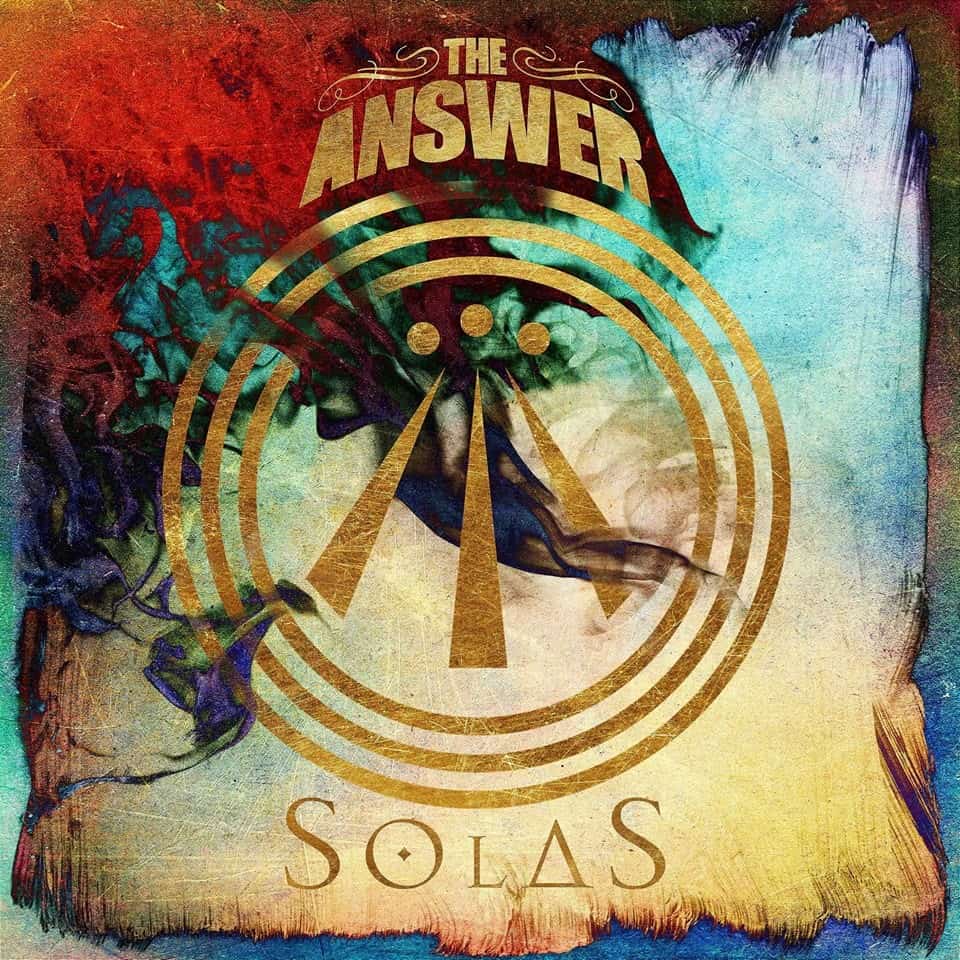 “I look back at that time of my life as a darkness I didn’t know existed. It felt like all the lights in the world had been dimmed and weren’t ever coming back up again. I emerged from that whole experience a different man. The world was never going to look the same again but at least I could start to think about stuff I hadn’t thought about in a while. Solas arrived at just the right time for me because I felt strongly that I had a lot to say and to get off my chest.” A testament to personal resolve and dogged determination, the band bunkered down in their home rehearsal room converting it into a self-contained recording set up and shut themselves away from the world to create Solas. Guitarist Paul Mahon became the default engineer, arranger and guiding light that would help navigate the evolving creativity and newfound freedom, delivering updates and files from the bunker over to London based producers Andy Bradfield and Avril Mackintosh.

“We initially sat there looking blankly at each other. It became apparent that we would have to approach writing in a completely different way; it was certainly disconcerting to move away from our traditional approach but we had to embrace a new process.” Paul recalls. “We didn’t want to limit ourselves and as well as exploring our Celtic roots wanted to explore roots music in a broader sense. There may have been some conscious resistance at first but it felt we were being guided down a much more atmospheric, surreal and cinematic path and I think that is reflected in the final album.”

Solas is a varied body of work encompassing elements of their Celtic heritage as well as their renowned trademark guitar attack. Rooted in bassist Micky Waters’ love of Irish harmony, the combination of mandolins and Celtic choral arrangements suspend time on the harmonious ‘Thief of Light’ while ‘In This Land’ summons an epic resolve and demonstrates an atmospheric turning point in the band’s sound. Not turning their back on their blues-filled rock anthems, ‘Demon Driven Man’ is perfect rock’n’roll fare, grounded as ever by drummer James Heatley’s remorseless beat, but it is the epic ‘Battle Cry (Seo An La Mo Laoch Mo Ghra)’, a six-minute call to arms featuring elements of Celtic music, a Gaelic vocal chant, windswept rock and even thunderous Samba rhythms, which best epitomises the old and new of The Answer. Having gone back to their roots and rediscovered their inner selves Solas is an honest and brave album that panders to no label, to no media framework and to no rules. It is dark, occasionally menacing and at certain moments, joyous and uplifting. It is a record that bears the scars and soul of four talented men from Northern Ireland; sometimes troubled but seeking creative liberation. The symbol that sits on the front cover, the ancient Celtic sign for ‘illumination’, bears witness to this 2016 musical evolution. The Answer are firmly embarked upon a new journey having been through the darkest period in their relatively brief rock history.