Australia’s Alternative Rock artist Paul Dempsey, lead singer, guitarist and principle songwriter for Something For Kate is currently touring in Australia, presenting his latest solo album ‘Strange Loop’. I caught him at The Gov in Adelaide, a sold-out show. 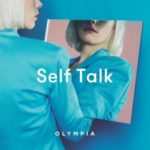 Support act, Olympia, from Melbourne opened the show with her melodic, lyrical tunes. With a serene stage presence, she effortlessly presented the highly acclaimed tracks from her new album ‘Self Talk’ demonstrating an amazing vocal and instrument range. The lyrics from the album are deep and intricate, adding an extra dimension to this mesmerizing artist. She also performed ‘Atlantis’ from her self-titled EP ‘Olympia’, a tune that sticks in your mind with its discordant guitar rifts. She finished her set with the catchy single ‘Smoke Signals’, before joining Paul Dempsey on stage for his generous set.

Although a solo tour, Paul was supported on stage by Olympia on keys, bass player Pat Bourke (who also played for Olympia), a drummer and a second keyboard player. Paul is casual on stage, adding dry-wit comments between songs, like ‘This is a song about stuff’ and affectionately referring to the venue, The Gov, as ‘The Kingdom’. He performed a generously long set, playing nearly all of the songs from ‘Strange Loop’ interspersed by tracks from his first solo album ‘Everything is True’ released in 2009. 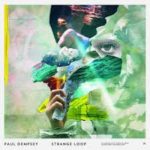 He opened with the new album’s title track ‘Strange Loop’, a song about not always disclosing who you are; “So tell me, baby, what’s so good About being understood?” During the set, Paul’s road crew worked hard to keep up with his guitar changes, a new guitar coming on stage for nearly every song. At one stage there was a real guitar fest with all artists, bar the drummer, playing a different type of guitar.

Die-hard fans in the audience sang along to the songs they knew demonstrating the long-time popularity of this well-known Australian musician. Some remaining shows on this tour have already sold out. He is performing three shows in hometown Melbourne this coming weekend. But you can still catch him in Tasmania, Caloundra Music Festival and rural Victoria.