Venue: The Capitol Theatre, Clearwater, Florida–December 18, 2015–The Outlaws and The Henry Paul Band

Maybe I should start at the end…. What can I say just the greatest “Green Grass and High Tides” ever! The sellout crowd agreed.   Friendly banter with the crowd began the night as Henry Paul discussed that this occasion was more a gathering of old friends playing their songs for some friends with virtuosity less a possibility due to the fact that they only practiced for 5 weeks before their first gig.

The crowd was clearly for the most part out of the ‘70’s and 80’s. There were a few younger folks too, discovering the power of great songs, tight bands and hot guitar(s)! So singing along was always going to be part of the experience.

Henry Paul made it clear throughout the event that he was really a local boy who came together with his friends to play music.   He spoke of King High School in Tampa and memories of 50 cent drinks at the ABC Lounge at the corner of Bird and Florida Avenue.

The music was all part of a trip back to earlier days. The music was just as clean today as it is familiar to all in attendance. The obvious take… These guys are still playin’ because they obviously still LOVE TO PLAY!

From “Hurry Sundown” to “Holiday” to “Love Song”, the vocals were just like the records and the leads even better.   If you know the band, you know the songs. If you don’t know of the band(s) or the songs, I would invite you to check it out. This is a band that lived the life and through that life, has been living the dream.

Whether it was the memories of lost friends like Huey Thomasson, Jones, lost loves or playing guitars together in a little apartment in Greenwich Village NYC, the songs came out of the experience.  “Grey Ghost” was as always, awesome… penned in tribute to their fellow troubadours long departed, Lynyrd Skynyrd.

As the song goes, “Everyday is a holiday…. when you’re in paradise!”

I caught Henry on his way out to the bus for a quick “selfie” and bid him adieu… See ya’ again next year.

The images may not be reproduced, copied, transmitted or manipulated without the written permission to Rock At Night and the photographer. Use of any image is a violation of the United States and International Copyright law 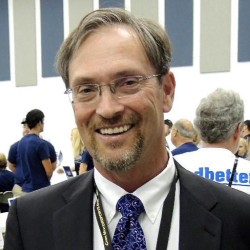 Latest posts by Russ (see all)