Ella Eyre’s Feline Tour opened on a slightly foggy Southampton evening. Her fans, mostly teenage girls, were queuing to get into the O2 Guildhall-Southampton long before the doors opened at 7 p.m. One could feel the excitement in the air as many of the teens were likely seeing a concert for the very first time.

The O2 Guildhall-Southampton is one of the biggest venues in Southampton, but the sound quality is at best a bit “meh”. It is what it is—and I certainly hoped for the best.  I actually quite like going in “blind” to see and photograph artists. While I may have an idea of the kind of the music, I have no preconceptions as to what they might be like. This evening was exactly that– no research and I had not listened to any of the artist’s music. I went in with a clean slate and no preconceived notion so I could make an unbiased judgment.

Ella had two support acts, the first, a three-piece all male band from Huddersfield and London (according to their Twitter account @FlawesBand). They were, in a word “bland” – both in music and appearance. Normally, as a photographer three songs is not enough to capture the essence of the band. With Flawes, one song was plenty—in fact, I kind of wish they had a “30 second” time limit that Janet Jackson has been imposing on her concert photographers.

The second support act was a young lady named Jasmine Thompson. It was hard to believe from her confidence on stage that she is only 14! While talking between songs, she came across as rather timid and shy–but when the music started, she performed a brilliant, mature performance way beyond her years! This young woman was very impressive and she has a good career ahead of her.

It was 21:30 by the time Ella made her appearance.

The stage was clear and empty except for a guitarist, a keyboard player, a drummer, and two background singers standing neatly in a row at the back of the stage. Up front stood a single microphone in the middle of the stage and another guitarist to stage right. As important as the backing musicians are, this show was clearly about Ella.

In a sparkly catsuit, Ella bounded on stage with strobe lights half blinding the audience.  Her large lioness mane of curls tousled as she pranced around the stage.  One can understand why her debut album is called Feline.  This girl does not meow but roars!

As with most artists, the photographers only get to shoot the first three songs, but Ella made sure we had plenty to photograph. The energy that Ella brought to the stage was electric. She was a pure joy to photograph as she danced her way to all corners of the stage.

The audience was loving it, dancing, and singing along to the songs. Sadly, I was unable to stay for the entire concert–just a few songs–but what I saw was really rather fabulous. It is very easy to see why she is so popular. She has charisma and really gives 100 percent.

Please see the set list (according to the bit of paper taped to the stage below Ella’s sparkly microphone stand) below: 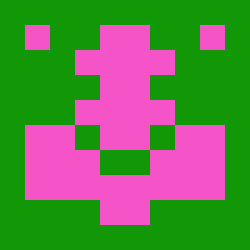