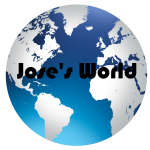 RockAtNight – THINK LLOYD is the French group on the move as a tribute to PINK FLOYD! The concerts are so great I try to see the band twice a month!! How was the idea born to form this group? 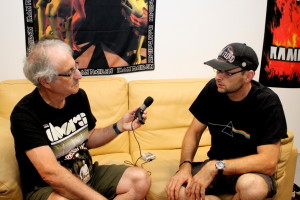 Christophe Lanniel– This project was born two years ago. My passion for the guitar and especially for PINK FLOYD music, gave me the desire to learn their songs. It was nonetheless a huge challenge to embark on such big adventure, because in fact, being a tribute band doesn’t leave much room for improvisation. The band must play the music close to the original pieces. I launched the idea with a friend who is a bass player. We placed ads to find other musicians and after a short period, we found a selection of people. We started rehearsals in my home studio and it took a short year to learn a repertoire, to be ready and be able to go on the road and play pretty regularly. We also had the chance to find a young lady, with excellent vocals, which we had lacked. We became a tight-knit band with such complicit.

RockAtNight – Was it easy to find musicians, PINK FLOYD lovers as you?

Christophe Lanniel– The most complicated part was to find a good keyboard player. Richard Wright was really the pillar of PINK FLOYD and it was not easy to find someone interested in his work. Philippe Gasser gave us a call from our newspaper announcement and finally, he was the right person to do this job. He has a big PF culture. He knows everything about their story. Concerning our drummer, you could see that he’s an E.T. (an alien)! He’s a good drummer and a guitarist and bass player. It was a huge chance to bump into someone with such talent. As often said, PF music is deceptively easy to play, because technically, other bands are much complicated to reproduce. But to restore the PF’s universe, to transcribe their atmosphere, is not so obvious that much.

Christophe Lanniel– We were obliged to trace the story of PF to soak up a little of its universe because each song has necessarily a story, a message. They were engaged at the time. Despite what one can imagine, PF’s music was more psychedelic with Syd Barrett. With acids and all derivatives that happened, it is true that when you translate the lyrics of some songs, you cannot ignore it, whether you like it or not.

RockAtNight– And for the fans, there’s always been this famous Syd Barrett and Gilmour period…What’s your feeling?

Christophe Lanniel– That’s true. Syd Barrett was a terrible lunatic man! Some of his songs are a bit difficult to play. Some PF’s tribute bands only play a few of them. PF popularity really exploded withe the arrival of Gilmour. It’s also true that Roger Waters was the longtime leader of the band and this famous feud with Gilmour created enormous tensions. I regret that this could happen in a band like them. I was so delighted to see their reconciliation during the LIVE 8 Concert. Unfortunately, the death of Richard Wright sounded like the end of a dream! The Endless River album was a kind of great surprise and delighted us. As a guitar player, I never had the opportunity to see PF on stage! Do you realize the disappointment this represents to me? It’s terrible!  And here I am, faced with someone who not only has seen them several times but even approached David Gilmour for an interview!!! Your picture, side to side with Gilmour is amazing! It would have been an interesting experience!

RockAtNight – I don’t know if you know that Colmar was the capital of rock music in France (after Paris) in the seventies? Santana, The Who, Genesis, Zappa–they all played here. And the PINK FLOYD concerts (10 000 people) were the forerunner of this movement.

Christophe Lanniel– No, I didn’t. I would have given a lot to relive those moments.

RockAtNight– This great success around THINK LLOYD what are your plans for the future?

Christophe Lanniel– Even if we like to play in nice halls, we are looking now to explore atypical locations. When we know that PF played in Pompei, Venice, or Versailles Castle, the part of the dream awakens us. We played in the National Rail Station Museum in Mulhouse. It was a magical setting withphenomenal acoustics, which surprised us. We are studying a castle’s proposal! And tonight, we played here in Woodstock Guitars Live, which is a French Guitarist’s temple!! We have lots of places that allow us to get out oft he traditional schackles of a concert hall. Of course, our plans are also concentrated to play in other countries.

RockAtNight – Your guitar has a very particular sound. How did you choose it?

Christophe Lanniel– I bought a Fender Stratocaster in 1990. This model suits me perfectly. It’s a versatile guitar.So suitable for my touch, my sensibility.

RockAtNight– And talking about amplifiers…

Christophe Lanniel– It doesn’t pass through an amplifier! It may seem curious, but I use a pedal multi-effects with a multitude of settings. I also use an electro-acoustic GIBSON J45. As Gilmour, I sometimes play lapstyle slide guitar.

RockAtNight– Are you aware of David Gilmour’s new song “Rattle That Lock“?

Christophe Lanniel– Yes, I heard it on the radio and it coincides with what I said before about them. Each DG song has an interesting story. Here, he was inspired musically by the sound of French Railway station jingle “SNCF” when he was waiting for a train at South of France!

RockAtNight– Many thanks! Good luck!

Signing off until next time!