This band got together in 2003 in Middleburg, a little bedroom community in northeastern Florida, and their first claim to fame was a hit single that got a lot of attention in 2006 called “Face Down.” The band has gathered almost 2 billion audio streams on music platforms and has a total of 2 million followers across all of their social media sites. In 2020 they released “The Emergency” EP, which spawned the hits “Is This The Real World”, “Brace Yourself” and “A Long Time Ago In A Galaxy Called LA.” Last August 2020 the band released The Emergency EP, the release date delayed since 2019 because of the pandemic lock-downs.

Randy Winter, the band’s lead guitarist has recently made his local news by being a part of a search team and helping to save a man lost in the wilderness. Because of his musical training and sensitive hearing, he was able to hear the man call out when others could not. You can read more about that experience HERE. The rest of the band is Randy’s brother Ronnie Winter, Josh Burke, Joey Westwood and Jon Espy. 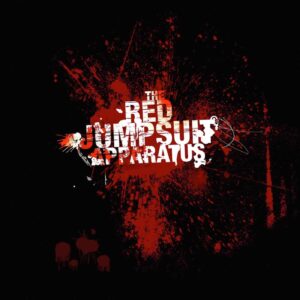 album has begun and additional dates being added. A DYFI Orchestral Edition of “Face Down” on the exact date of the album’s upcoming release on 7/18/21. There will be two more singles and brand new music videos to accompany the rest of the album’s release. Tonight, the band plays in Ft. Walton Beach and tomorrow the band will be performing at the Kraken Music Festival in Orlando, Florida. This band is staying really busy so stay tuned for much more in the upcoming months.