Rock at Night had a lockdown phone chat with the French SNAP BORDER Olivier “Yé-Yé”SIEDLECKY & Franck POINSOT about their excellent new EP ICONS, the spirit and story of the band. The band’s debut album Alternative Current Box was released in 2015 and critically acclaimed by national and international music press. On the border between Alternative Metal and Alternative rock, ICONS latest release definitely confirms a great future for SNAP BORDER on the metal music scene and more!

RAN– Tell us a bit about the beginning of the Band. Did you all know each other before this adventure? Who is SNAP BORDER?

Olivier– Snap Border is the initiative of Eddy Bouvot and myself, the two guitarists. We were already in several bands together, and at the end of our last project, we decided to form Snap Border. The band we wouldn’t compromise on: Just play the music we love. Then, we were joined by Christophe Szczyrk, who’s a friend from University. After that we auditioned many singers and the job was wined by Franck . We had several Bass players changes until Kevin Fauvel arrival in 2019. (He’s also a member of PULSAR).

RAN– How do you explain this rather long lapse of time between your first album “Alternative Current Box” and this new EP “ICONS”?

Olivier– We were surprised by the excellent success of our debut album. Touring and making its promotion took us a considerable amount of time. This delayed a new phase for composing.

Franck– Indeed, it took us two promoting years to defend our first work. Just after that we’ve piled up for another year with beautiful summer festivals.

RAN– “ICONS” is the Band’s new EP. How was its writing process? Who produced it? Where did you record it?

Olivier– The writing happened the same way as on our previous album. Usually, Eddy and I, come to the studio with a guitar riff or some part of future lyrics in our mind. Some other members do it occasionally as well. A song will definitely be ready only when all the guys approve it.

Franck– This new work production was simply self-producted. We surrounded ourselves with Anthony Chognard “Chon”, former Smash Hit Combo guitarist for mixing and mastering.
Maxime Keller, singer of Tess and No Season (ex: SHC / Boars…) helped us enormously in the production of vocals and samples.
All the instrumental parts were recorded at the FH Studio by Simon Muller.

RAN– The two promoting videos are very successful. Who made that beautiful work ?

Olivier– The video stories often start from one of our ideas. We discuss it a lot with all members then we leave it to carry on to the video directors, in order to propose us their vision of our project. The title “Endscape” was produced by Outlaws and “ Newsfeed Icons” by Brice Hincker.

RAN– My preference goes undoubtedly towards the title “DANCING WITH THE SHARKS”. An invitation to dance? Are you referring to showbiz people?

Franck– Not exactly about this kind of people. It’s much closer to us. The Shark’s Family is just all about the people who love music! Without falling into a protest or punitive way, we rather draw up an observation of what surrounds us. Those who swim with us and the reflection phases through which we have been going for quite a few years now. Let there be no mistake about it. Some of us certainly become sharks to some and we’re slowly starting to learn how to bite.

RAN– Listening to this last opus, we are immediately seduced by the vocal power of Franck Poinsot, your “frontman” !! His singing is a treat for Alternative Metal fans. How to restore this authenticity on stage?

Olivier– I think Snap Border tries above all to be a genuine and honest band. That’s our way of perceiving music …

Franck– No need to force ourselves, we are just authentic. When we play live, it’s much easier to share our emotions with the audience.

RAN– Did it take you a long time to adjust to this pandemic? Did you take the time to listen to what is being done elsewhere ? Where are your current favorite bands?

Olivier– The first lockdown here in France disrupted our guitar recording sessions. We were literally recording in the morning … and sitting on a sofa at home the same afternoon!! It was terribly frustrating. We took the time to learn working new methods and prepare Snap Border’s future better. I have eclectic influences but I really appreciate the English Band from Sheffield While She Sleeps.

RAN– I really enjoy listening to this first EP. All the songs are very powerful. The rhythm section and the powerful voice of your singer, are the cornerstones of this work. I can’t wait to see you on stage. What does LIVE bring to you?

Olivier– When we perform on stage, it gives us the real energy for Snap Border to function. We essentially think live when we compose, we become real sponges on stage, connecting with the audience.

RAN– SNAP BORDER literally means “broken borders”. Musically, you juggle between Alternative Rock and Alternative Metal. You have no problem with this barrier?

Olivier– And pop as well … that’s our trade mark! To propose a Rock with absolutely no creative limits …Then, one likes it or not .

Franck– We all have real “metal” influences, but SNAP BORDER’s specificity is to do what we want as long as there is something that just clicks, giving you goose bumps or plenty energy …

RAN– What role is writing playing in your creative process? Where do you find your inspiration?

Franck– The writing is almost there since the start. I discuss it with all the other members. While we a put away the material or on other occasions, I throw up a theme. I mention that I might talk about this or that and then watch my four other friends reactions. I measure their interest during these moments. I see how it speaks to them, listen to how they would possibly deal with a new theme for a song.

I let my inspiration come without giving myself any constraints. By nature, I think I’m the most melancholic of the four others. All the songs that I deal with have always their “white” or “dark” side. I cannot write other than at night, being calm and free from the thoughts and actions of the day.

RAN– Whose bands have influenced you the most? What attracted you when you first started to embrace this style of music?

Olivier– We make this kind of music to have the possibility at the same time to use the great Metal firepower, without neglecting the creation of moments out of time … melodic and emotional … with the spirit of gathering the pleasure of those who listen to us.
Franck– Staying in “rock-metal”, Noir Desir / Nirvana / The Smashing Pumpkins and Pearl Jam at first… Then, Biohazard / Sick of it All / Korn / Deftones / SOAD and In Flames / BMTH to finish!
To embrace this style of music? Power and melody!

RAN– Thank you very much and looking forward to seeing you on stage! 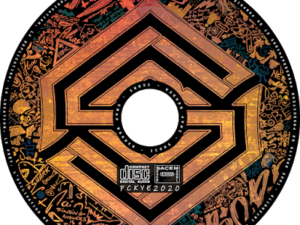