Get ready to ROCK Jacksonville! Welcome To Rockville is back at Metropolitan Park from April 27- 29. Let the excitement build and get ready to grab your tickets, a bunch of friends, a whole lot of sunscreen, and definitely don’t be late.

Welcome To Rockville has become known for its killer line-ups, but they have seriously outdone themselves this year. With such names on the bill as Ozzy, Avenged Sevenfold, Foo Fighters, Billy Idol, Stone Sour, Breaking Benjamin,  Five Finger Death Punch, Godsmack, and many more, you don’t want to miss out on one minute of another in your face, hard rocking festival with a line-up that is ridiculously amazing.

To get information about tickets, hotels, camping spots, or FAQ visit https://welcometorockvillefestival.com/tickets/. You better hurry though because tickets are selling fast. 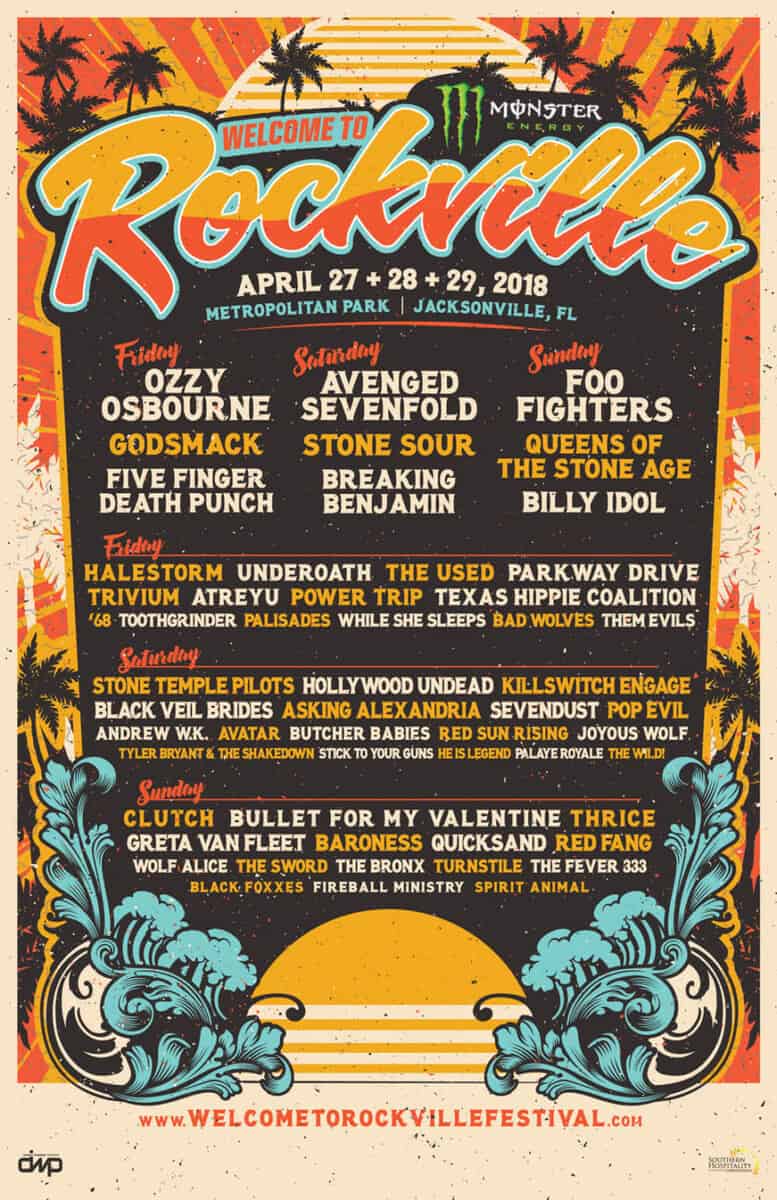 Photos of Some of the Featured Bands

For more information on Welcome To Rockville, visit: