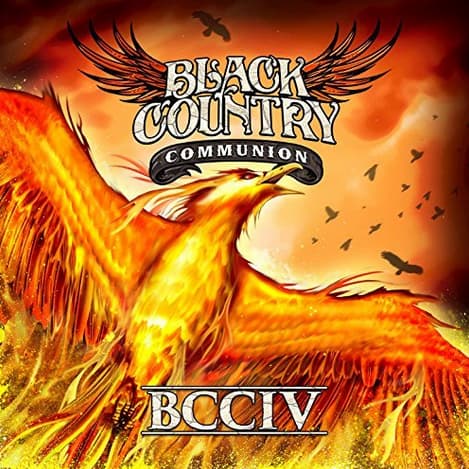 I first started getting into Black Country Communion about two years shortly after I came across the video for “Man in the Middle”.  My ears were cooing with desire and my booty was shaking to the beat of the hard classic rock sound of Glenn Hughes singing and Joe Bonamassa’s lead guitar. I was smitten.

Immediately, I felt thrilled as the first song on the  album “Collide” came on with its rock hard and heavy guitar and bass riff. When Glenn Hughes belted out, “So give me conversation…I’ve got to keep con-troool” I just time traveled back to my teen days of hearing Deep Purple in the 70s. Sheer joy! The song is heavy, undeniably hooky, and was the first single released from the album. I knew if this was the first indication of the album, “Bring it on, baby!”

Here’s my impression of the songs:

“Over My Head” sounds like a rock song from the 80s with harmonies, and a smoother, “radio-friendly” feel than “Collide”.  It has a melodic, upbeat, mid-falsetto chorus, singing “over my head” which definitely sticks in one’s brain.

The song “The Last Song for My Resting Place” may be my favorite on the CD. It is actually the only song on the album with lyrics composed by Bonamassa as it tells the story of violinist Wallace Hartley who played as the Titanic was sinking, bringing comfort to those till the end. There is a nice acoustic intro with a mandolin and then a Celtic melody on a fiddle. I love the melody and chorus with Bonamassa and Hughes’ harmonies. The song is over 7 minutes long and resembles a mini-rock opera with various movements that go from melancholy and sweet to very dark and heavy, a screaming lead guitar solo in the middle, and later tempering down to the Celtic fiddle and additional lyrical verses.  Beautifully stunning!

The next song “Sway” has staccato guitar riffs which are Zepellinesque, even with string accompaniment. It made me think of songs from Houses of the Holy. Love it!

“The Cove” is a slow, dark song which tells the story about the annual dolphin slaughter in Japan. Hughes is very much involved in The Dolphin Project so this topic is dear to his heart. The lyrics paint the painful reality of the dolphins’ plight.

“The Crow” is a hard-driving rock song and contrasts with “Wanderlust” which takes on a lighter, rock sound initially, but then builds with strong vocals,  a catchy melodic chorus, and guitar and piano accompaniment by Derek Sherinian.

“Love Remains” talks about love and life in a rocking way.  “Awake” starts with a rapid, almost psychedelic, guitar riff, takes on an Allman Brothers-like “jazzy” chorus,  revs up with a harder, classic rock feel, and then to my amazement, finished with a prog rock guitar solo. I really LIKE this song!

“When the Morning Comes” has Southern Rock harmonies, piano accompaniment, and again, makes me think of Allman Brothers, Black Crowes, and a tad of Three Dog Night (do not get me wrong with the last comparison—I always loved Chuck Negron). Finally, the song ends with a killer lead guitar that breaks into a dual lead (again, think Allman Brothers).

Overall, the CD lived up to my expectations—and then some.  It was masterfully engineered by Kevin Shirley with impeccable precision–perfect balance of music, vocals, and rhythm.  There is definitely chemistry between the players and beautiful creativity at work.  I recommend this album for anybody that truly loves real hard, classic rock or blues-rock with great music, lyrics, killer vocals, and top notch guitar solos. This is a winner!!!

***For those of you lucky to see the band, BCC will be playing at Wolverhampton Civic Hall on Tuesday 2nd January, followed by London Eventim Apollo on Thursday 4th January 2018.

All songs on the new album were co-written by Glenn Hughes and Joe Bonamassa. Glenn wrote all the lyrics on the album except for the song ‘The Last Song For My Resting Place’ which was written by Joe.