After many years retired from music business, he made a large World Tour at 74! He was completely ruined! His accountant was a lovely lady but she left with all the money! She was “Wanted” by the American police.

To live his last days and without any money, Cohen made a beautiful album and hit the road again to make his promotion. The concerts were wonderful celebrations! Standing up three hours on stage every night, his courage was really impressive! He had a fantastic success and had the money back to finish his days in dignity! He richly deserved it! Unfortunately the “Thieving Lady” was never caught!

Leonard Cohen came to Colmar, France in 2009 on August 16. A fantastic night! Three hours of strong emotions in a Cathedral ambience!

The day after the concert I was at the Hotel Europe, 500 Mts. from home, to meet Leonard Cohen and expect he would sign my memories book! When he saw me, he immediately recognized me. I had met him a few years earlier in Strasbourg and we’d talked about the Portuguese People living in Montreal. He told me he lived in the same area and went, from time to time, to some Portuguese restaurants there. He appreciated cod and the traditional Portuguese little cakes called “Pastéis de Natas”. He loved Portuguese people.

“Hello, dear friend,” he said.  Removing his black hat and speaking softly, as if sharing a secret, “Nice to meet you again! Did you have breakfast? Come and just sit here.” I couldn’t refuse this invitation. It was like having coffee with the Dalai Lama!! I promised myself to respect his privacy and didn’t ask for a little interview! During our conversation we talked about his show from the previous night, this difficult tour, his great musicians, Portuguese food in Montreal but I had the courage to ask him this terrible question, “All along your life, women were the main inspiration for your songs and poems. Now, you have been betrayed by a woman, your accountant! Terribly sad, isn’it? Leonard Cohen just looked at me and said “José, there are more other important things in this beautiful world”! 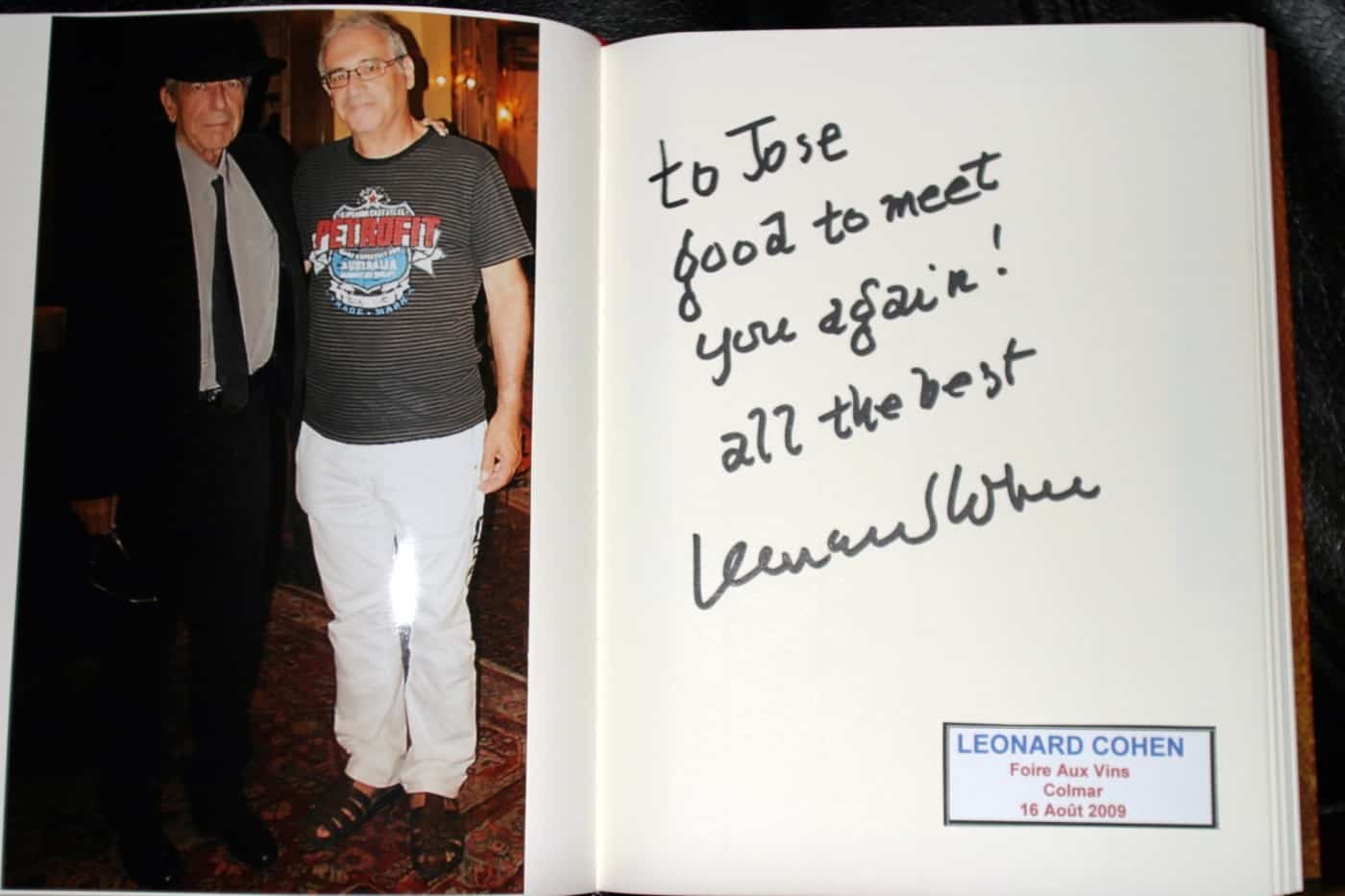