For whoever following heavy metal in the last decade; Gus G is a familiar name. Born in Thessaloniki, Greece as Konstantinos Karamitroudis; Gus is a guitar phenomenon. He is considered to be one of the reigning guitar virtuosos in the metal scene today, and for a good reason. He has recorded more than a dozen studio albums, performed around the world as a member of acts ranging from Arch Enemy and Dream Evil to his own band Firewind, and has been Ozzy Osbourne’s guitarist since being personally handpicked by the heavy metal legend in August 2009. You all agree with me that is an impressive resume to say the least. If that wasn’t enough Gus has also developed a  promising solo career, releasing two very successful records in a short period of time, and last month of June announced he would be embarking in a co-headlining US tour dubbed “Operation: Domination”, joined by another shredder: Angel Vivaldi. For those of you unfamiliar with Vivaldi (As I was myself) he’s a young axeman generating quite a buzz after some critically acclaimed solo albums of high caliber djenty instrumentation. The two would be accompanied by a band featuring James Paul Luna (Holy Grail) on vocals, Alex Bent (ex-Battlecross, Testament) on drums and Jake Skylyr on bass; vowing to be playing their our own individual sets, but also collaborating on stage together as well.  It seemed like an excellent opportunity to check with my own eyes if the buzz surrounding Gus G was as real as everyone said, and I decided to visit the closest tour stop: The Haven Lounge, a small music club in the heart of Winter Park, Orlando.

After waiting eternally for the three local opening bands to finish with their boring musical proposal, the lights started to dance, some smoke began to creep in from the stage floor and Angel Vivaldi hit the stage like a hurricane. He is a self-instructed guitarist, and puts out a very energetic and fun show, completely determined to showcase his brand of guitar heavy instrumental music to the world. I’m not into djent instrumental AT ALL, I find it repetitive and dull, but Vivaldi’s set was exactly the opposite. His natural stage presence and seamless playing, like the guitar was just an extension of his arms, was really something to behold. Angel’s energetic riffs plummeted through the speakers menacing with ripping your ears, while at the same he manifested a sense of melody second to none. All throughout the set drums and bass did an amazing work supporting the six strings pyrotechnics; and Vivaldi traveled the entire fretboard with ease, sometimes playing with one hand while drinking non-stop from a bottle of water he was holding in the other hand, or showing an impressive muscle memory while navigating lightning fast chords blindfolded from the back by his supporting guitarist. The last song from his set was a delightful and at the same time personal version of Joe Satriani’s “Crystal Planet”, after which he introduced and invited Gus G to the stage.

If Vivaldi had taken the stage by storm with blistering solos and head-banging riff, Gus G appearance was comparable to a tsunami. Let me preface my opinion of Gus’ performance by saying I don’t enjoy anymore guitarist who play just trying to be faster than anyone else around. The times where Yngwie Malmsteen’s records would perplex me are a thing of the past. That being said, and as hyperbolic as the following expression might sound, you could be shocked with Gus’ flawless live execution, which in my opinion is the ultimate testimony of whether a musician can really do as his studio records sound. Gus is a guitar propelled machine, insanely talented and able to produce some of the most memorable riff/solo work in the power metal world. He can literally write and play in his sleep, the amount of guitar related ideas and implementations he can come up with is astounding, even when sometimes they border a slightly overwhelming self-indulgence. His show was a non-stop, no-holds-barred demonstration of shred insanity packed with a tremendous energy, as he navigated through a set list drawing from his two studio albums “I Am Fire” and “Brand New Revolution”, as well as Firewind’s tunes and the timeless Ozzy Osbourne’s classic “Crazy Train”. It is noteworthy the fact he is not only a maniac axe-slinger: he’s also capable of writing catchy and tuneful guitar melodies such as the chorus section of “Brand New Revolution”, while still creating a hectic and challenging result.

The night ended when he welcomed Angel Vivaldi on stage again, as they both ended up playing together, exchanging licks and tapping each other guitar’ necks in a ferocious display of technical wizardry sprinkled by great comradery. Gus G is a truly talented musician and it is exhilarating to behold him to control and perform his own music; and inviting Angel Vivaldi on this tour with him was a great move. Vivaldi is also an impressive guitarist, one capable to plays his ass off while conveying emotion and energy that you don’t find too often with instrumental music. His guitar tone reminds me a little of early Joe Satriani, catchy and mathy without being contrived or drawn out. All in all “Operation: Domination” is a guitar fest by two of the greatest exponents of a new era of shredding, and one I’d recommend you not to miss if six-string-madness is right up your alley. 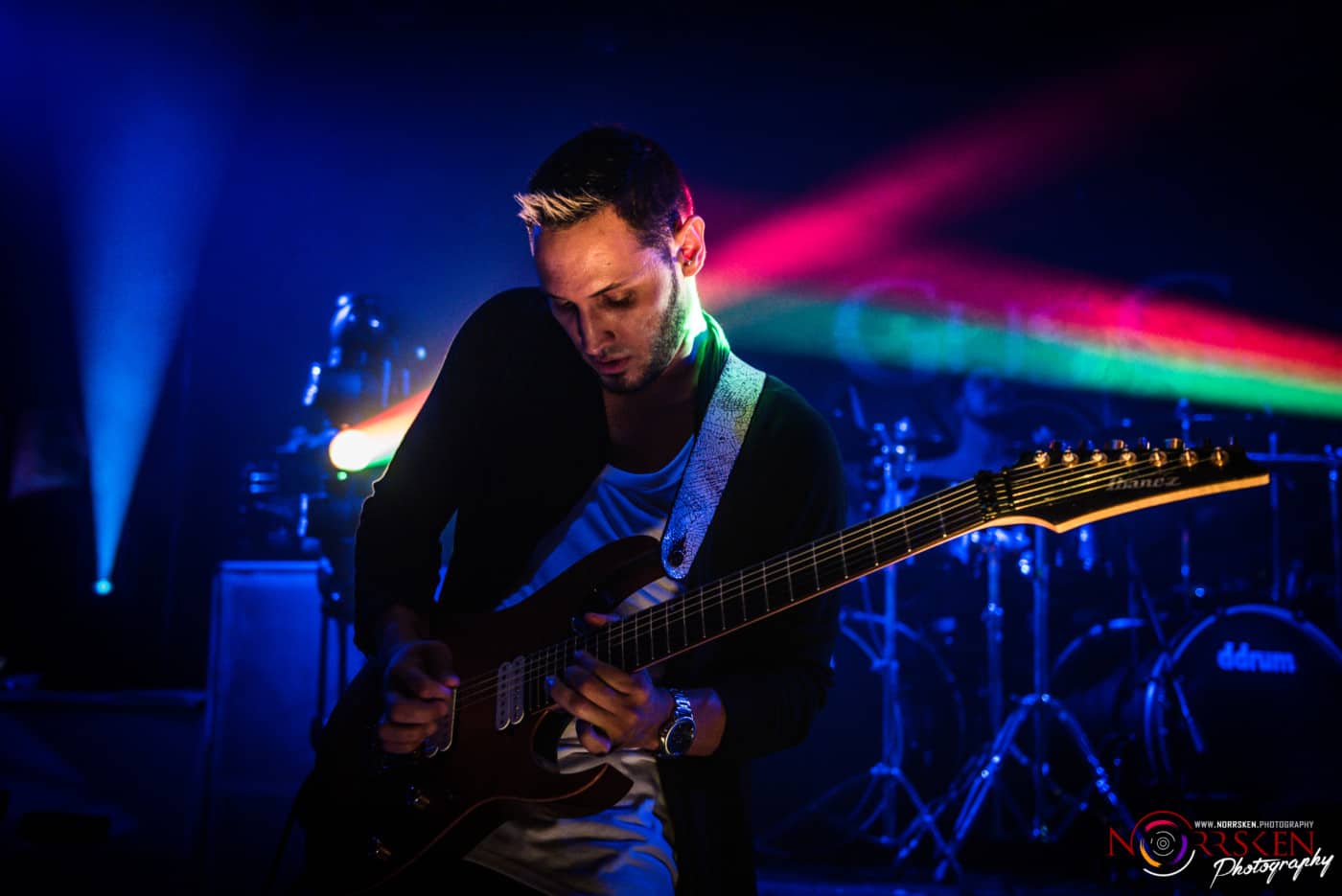 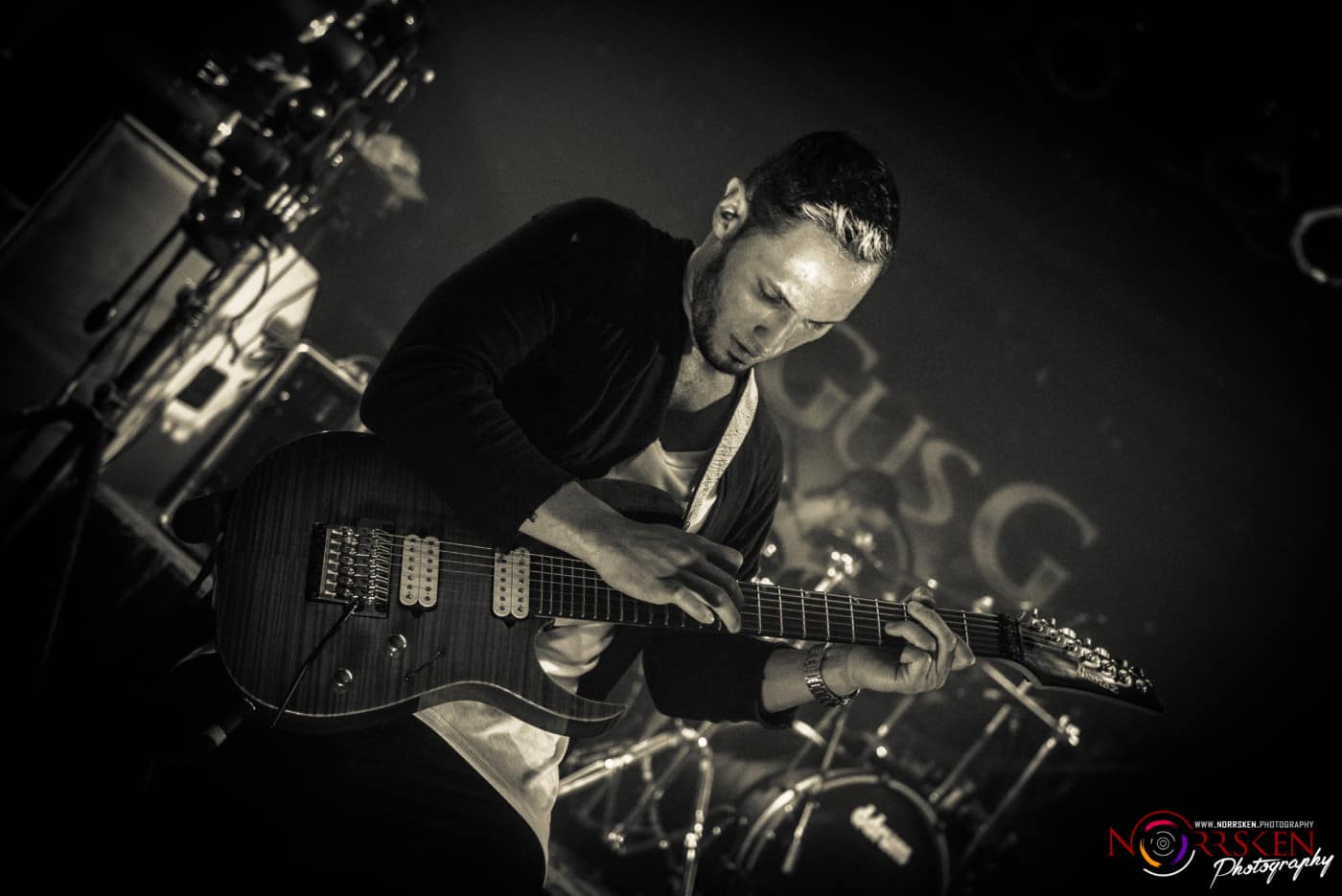 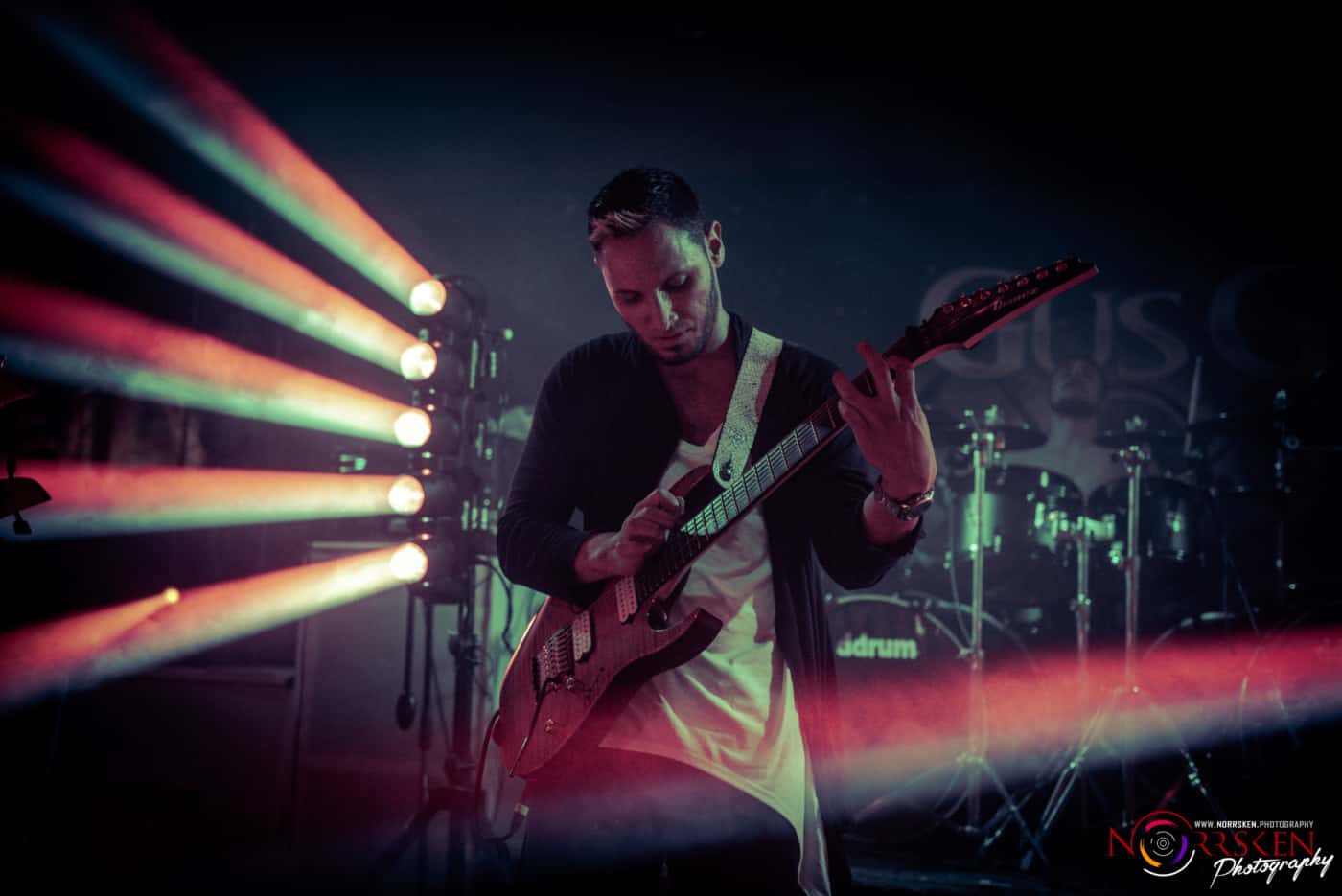 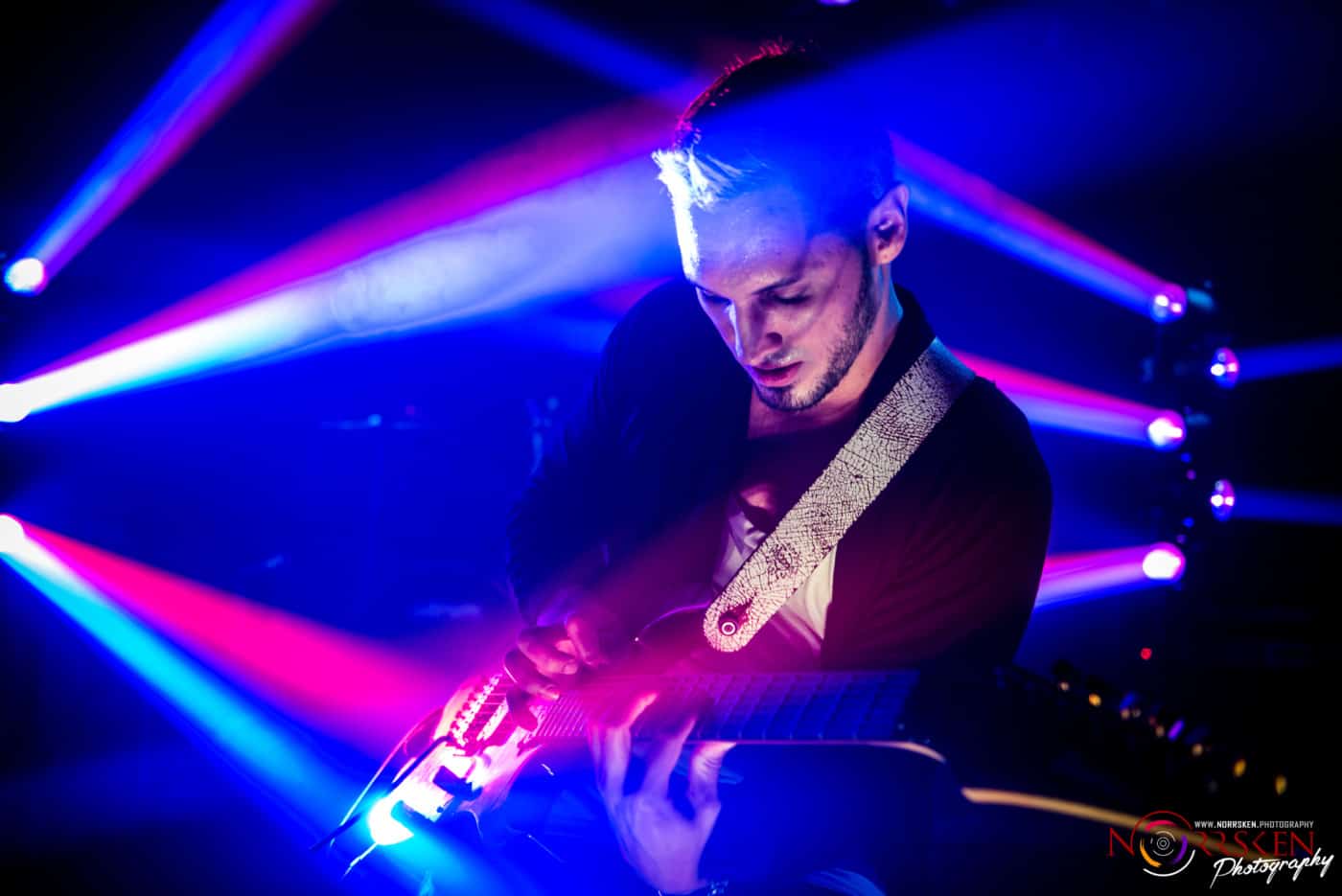 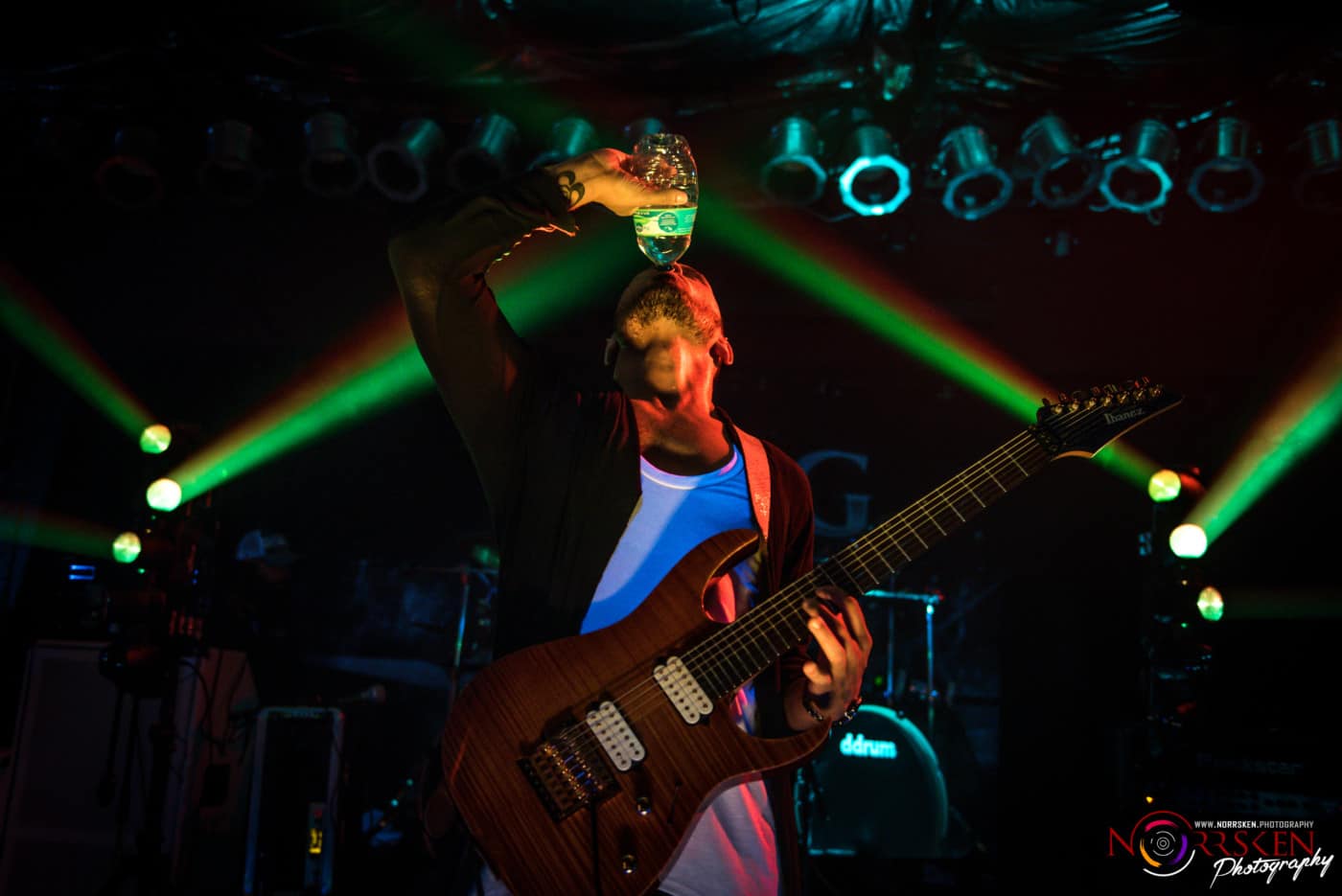 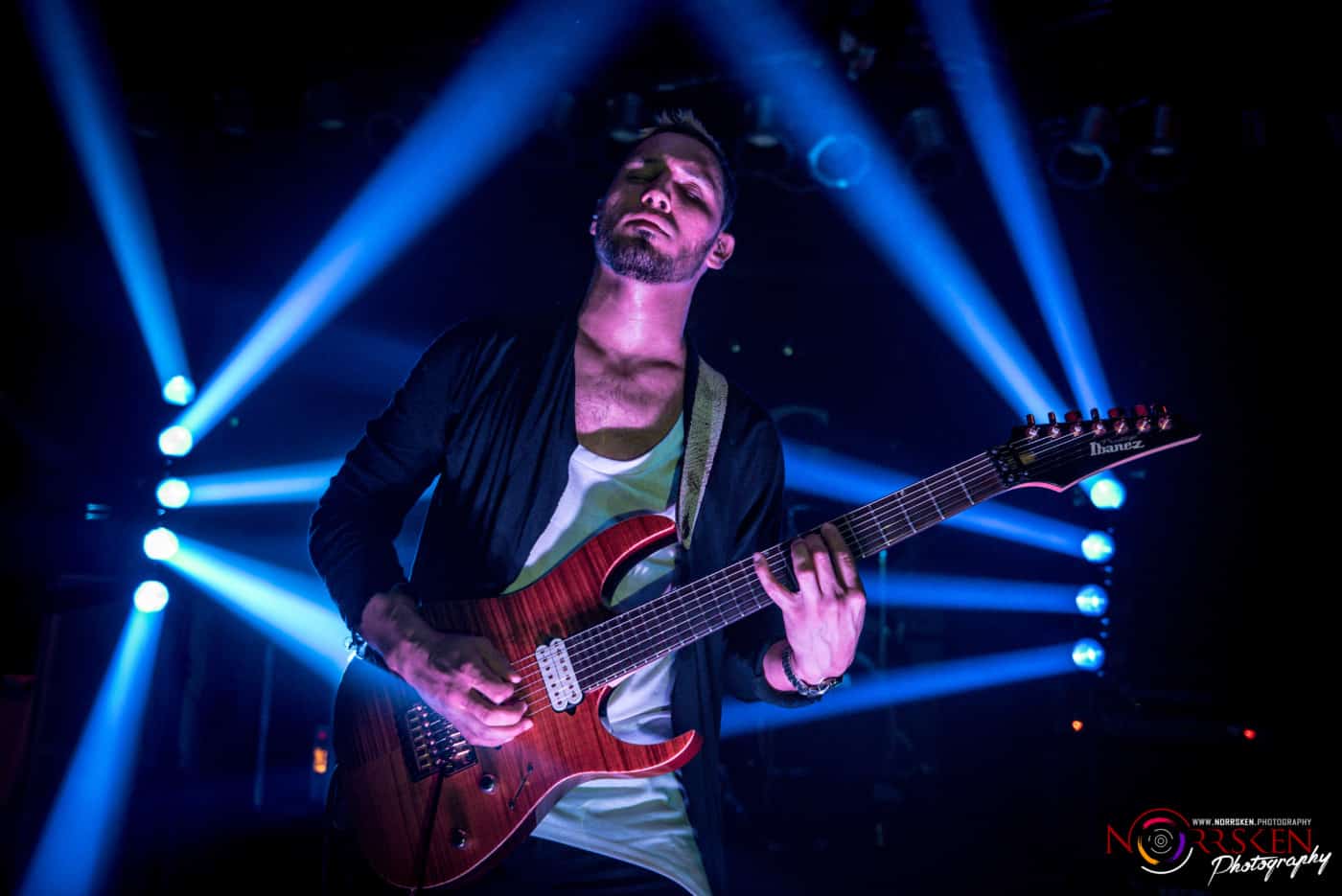 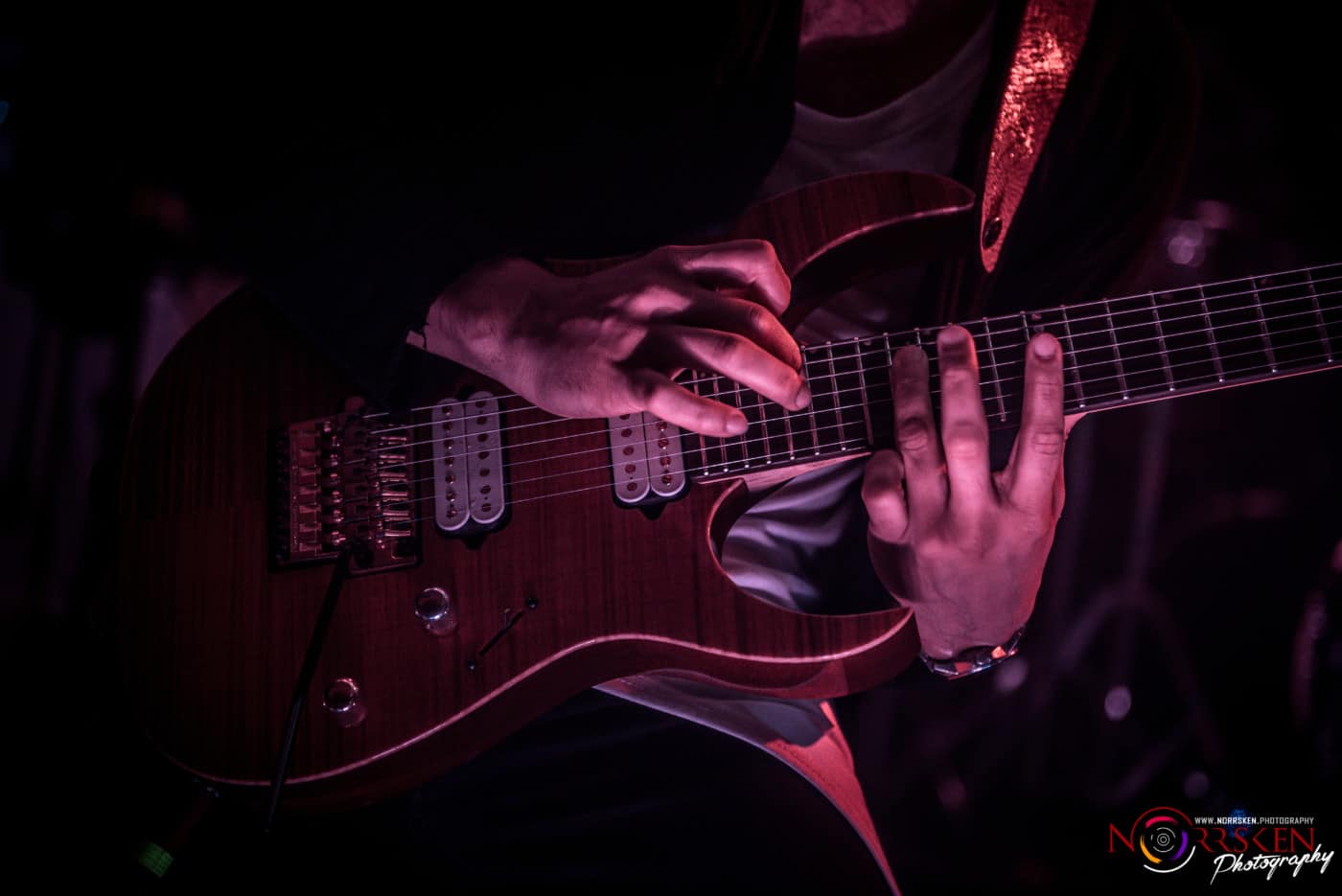 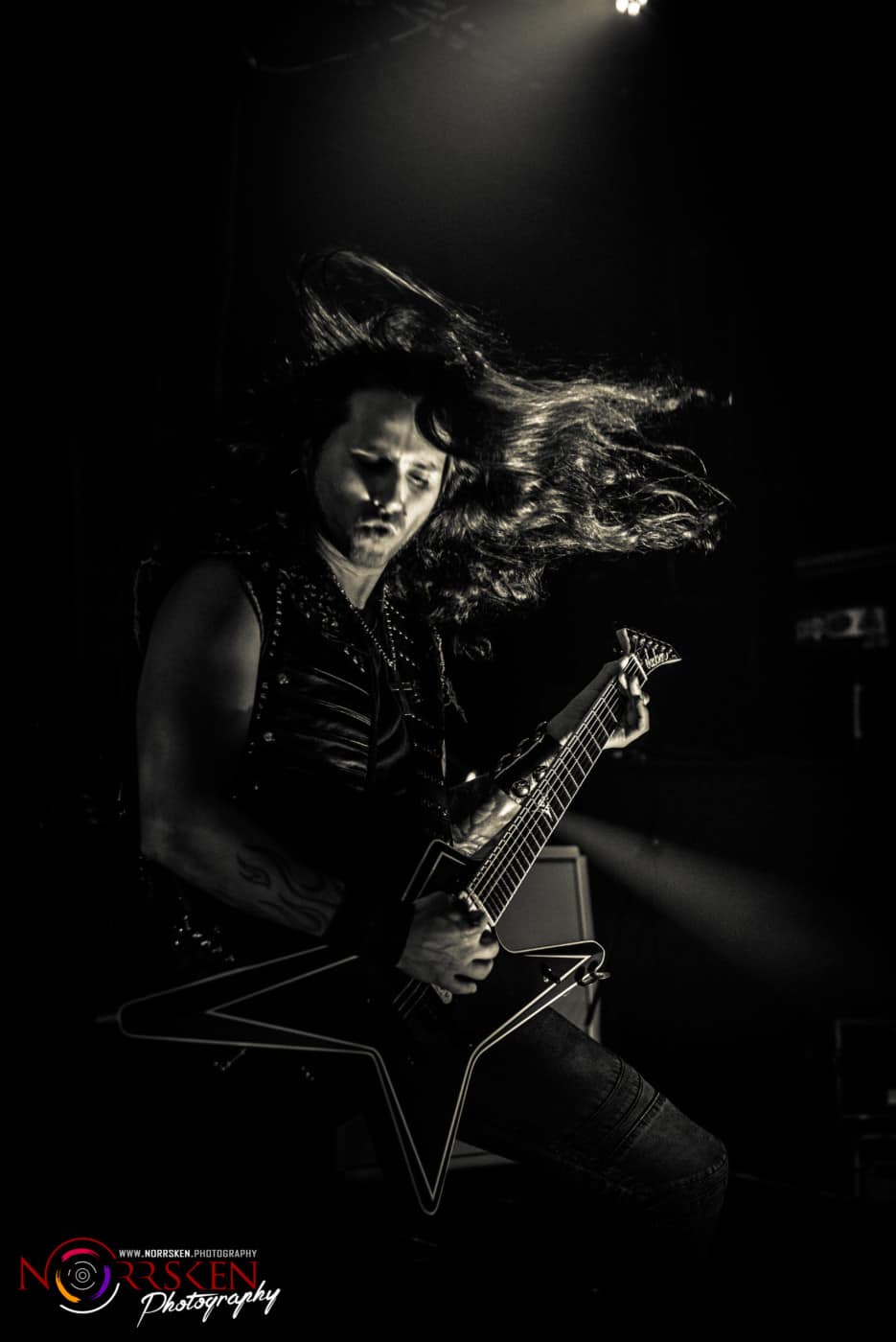 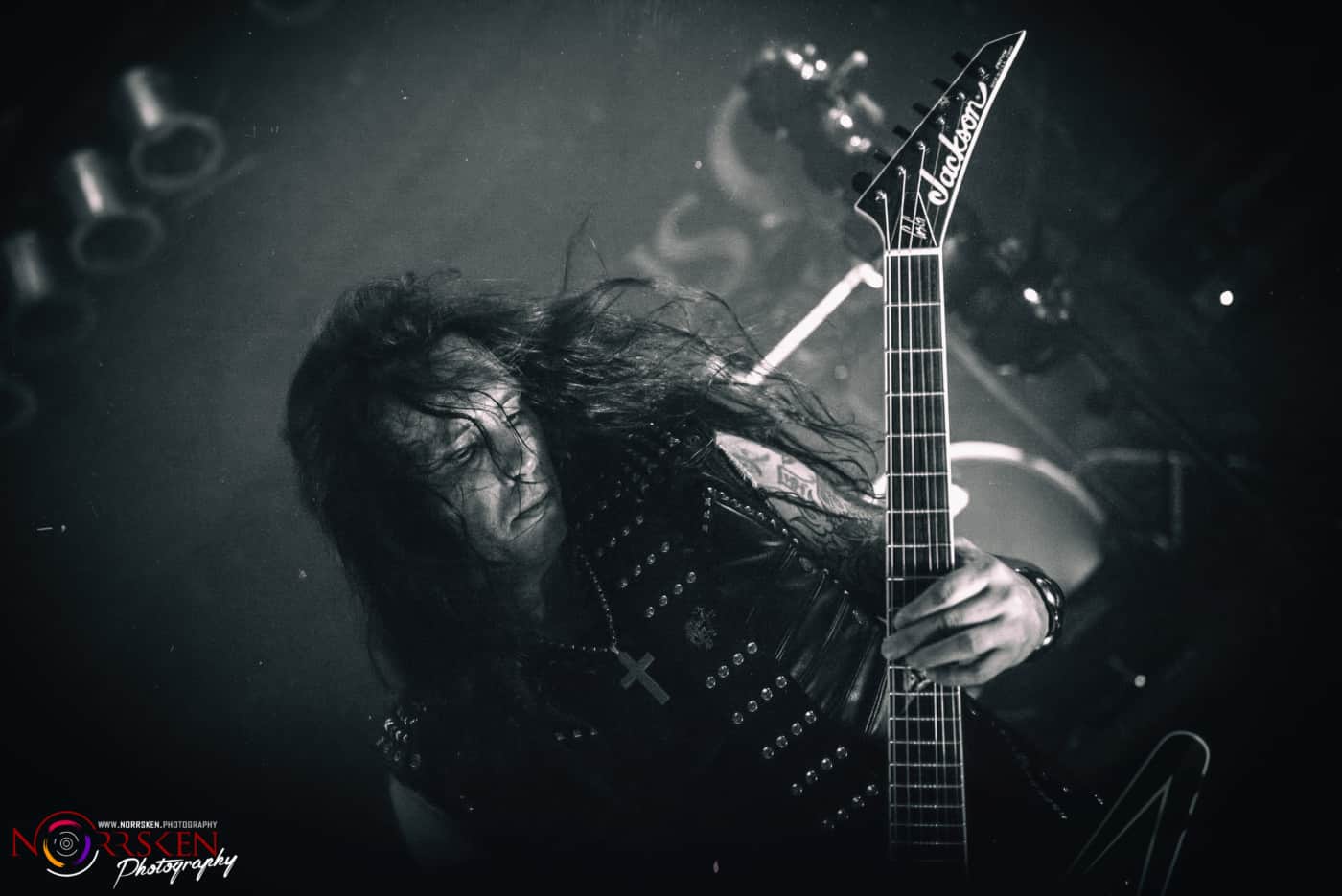 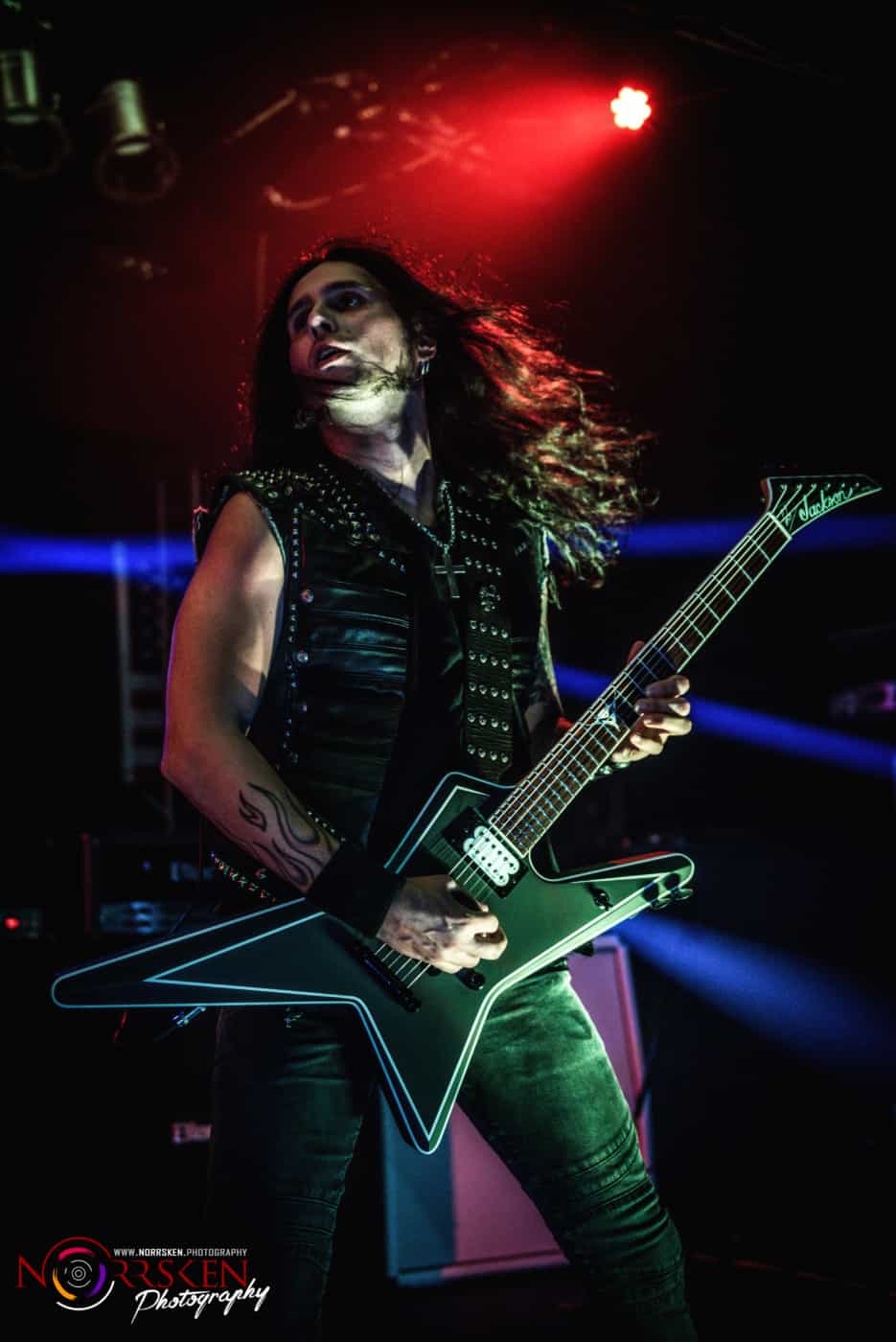 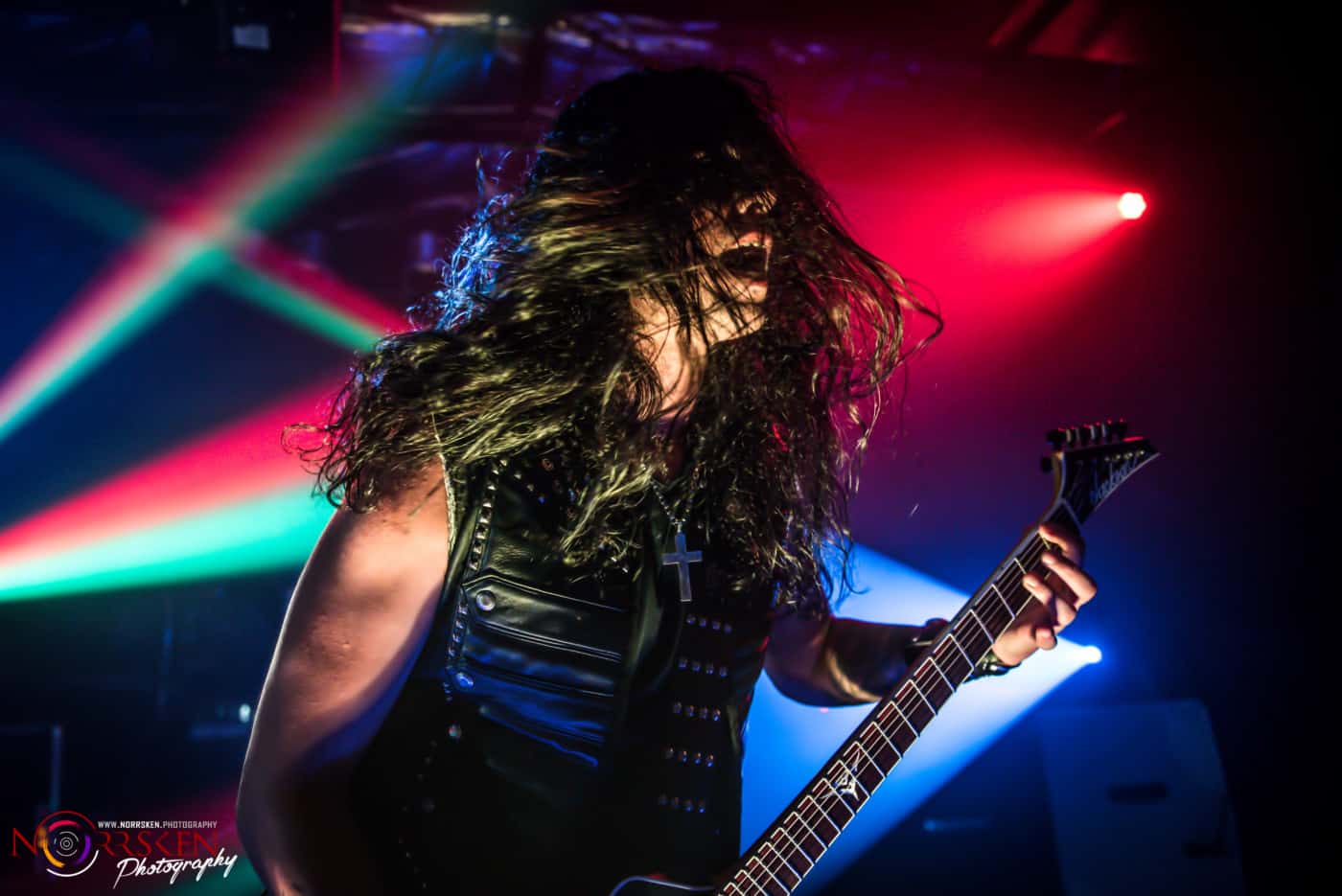 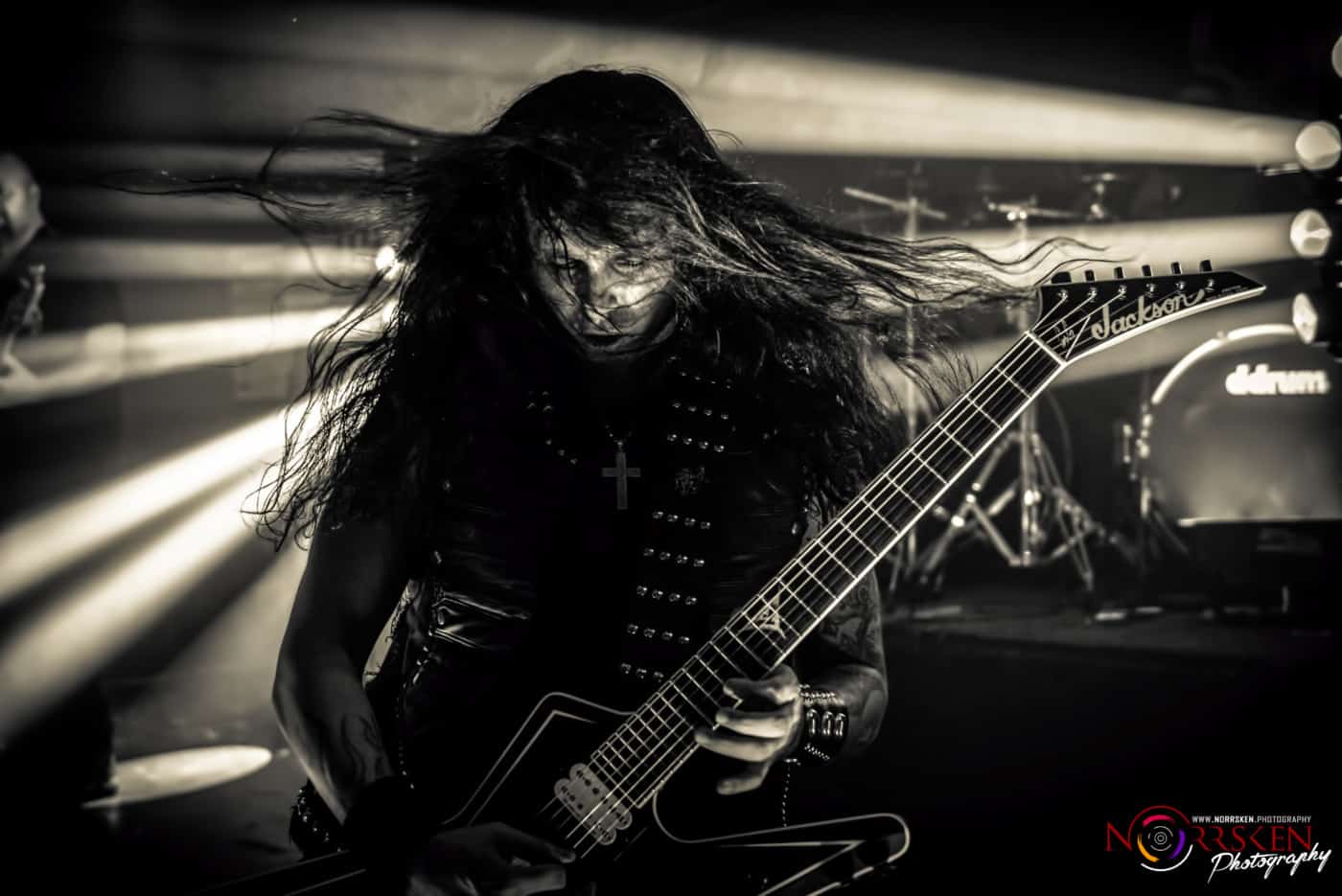 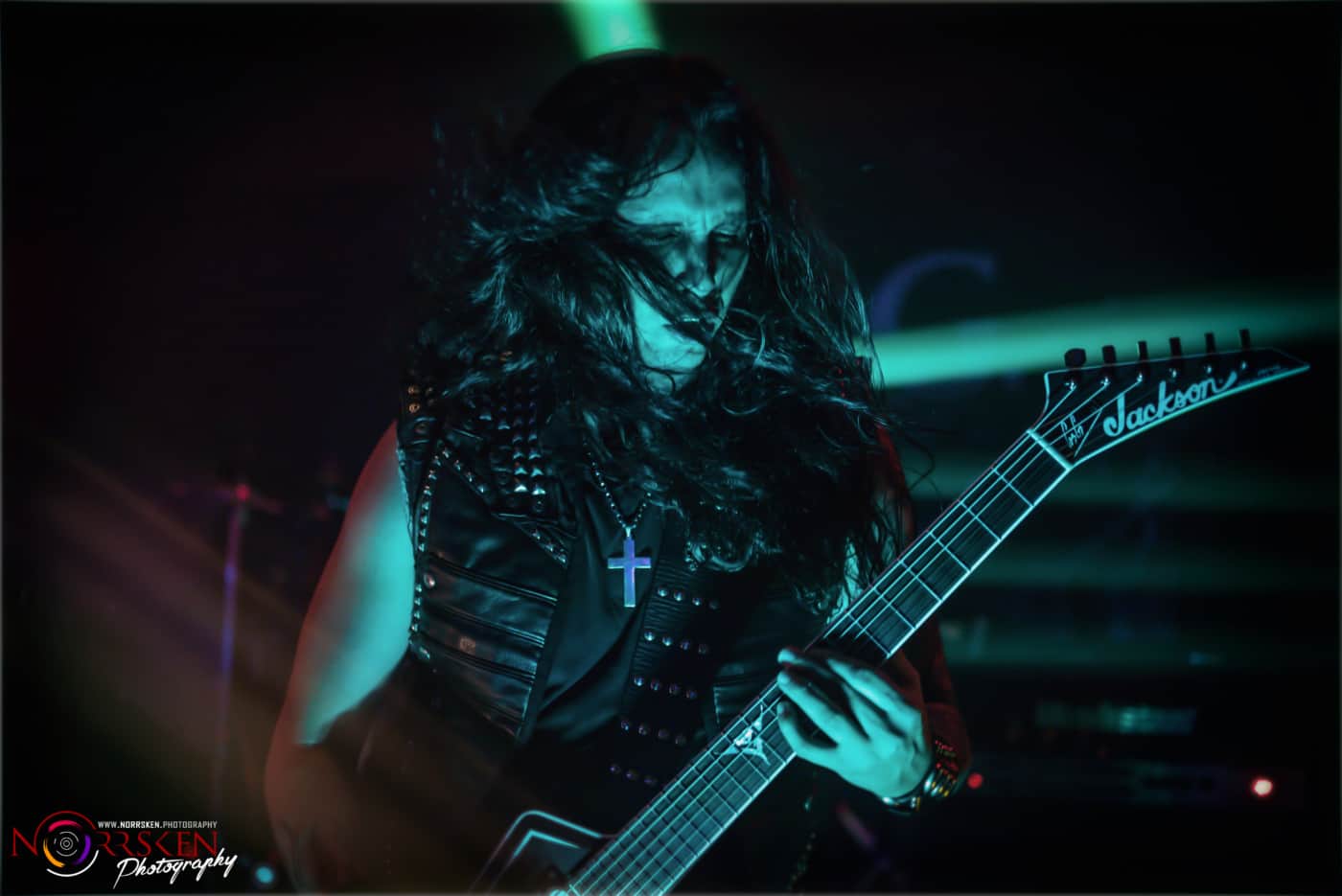 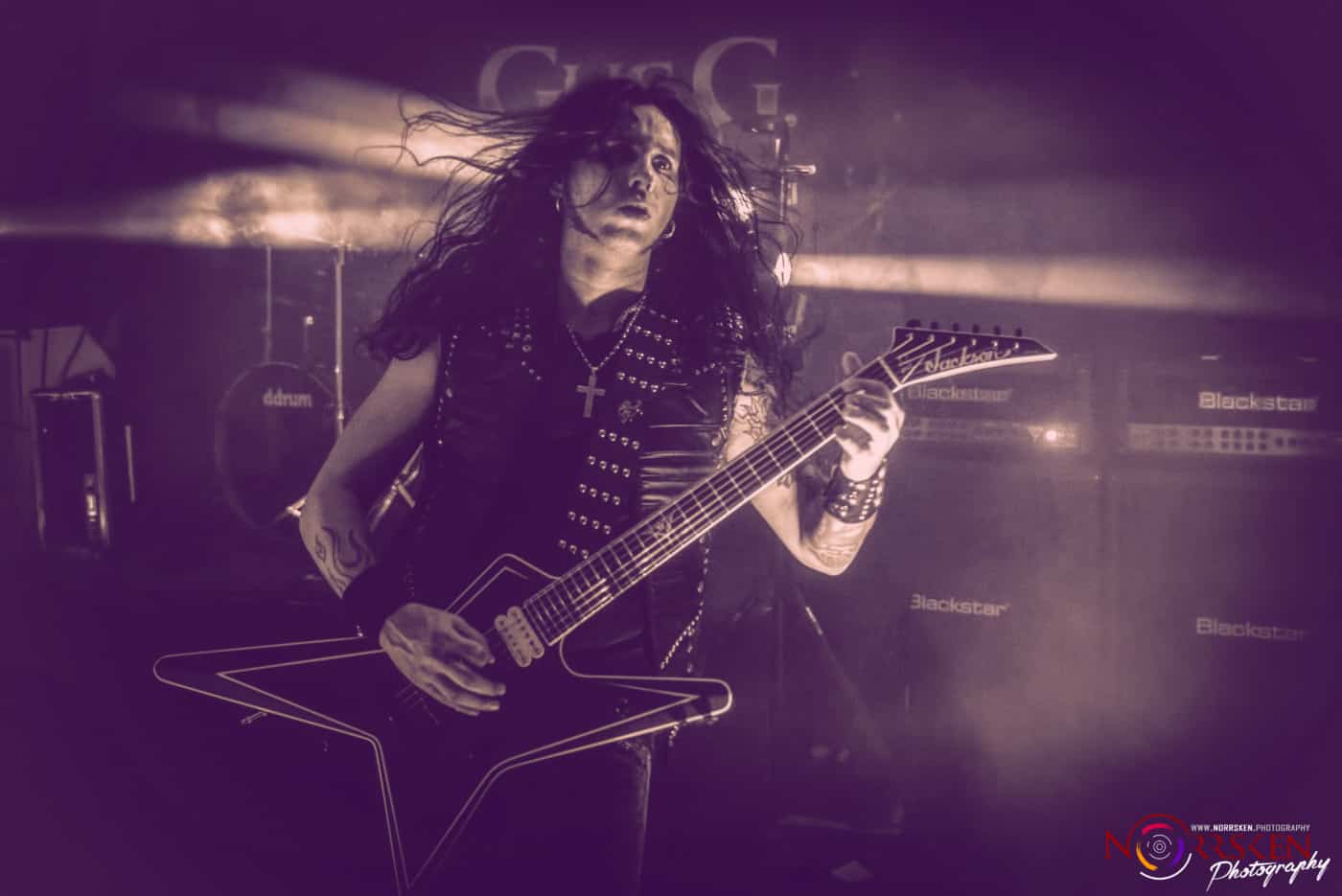 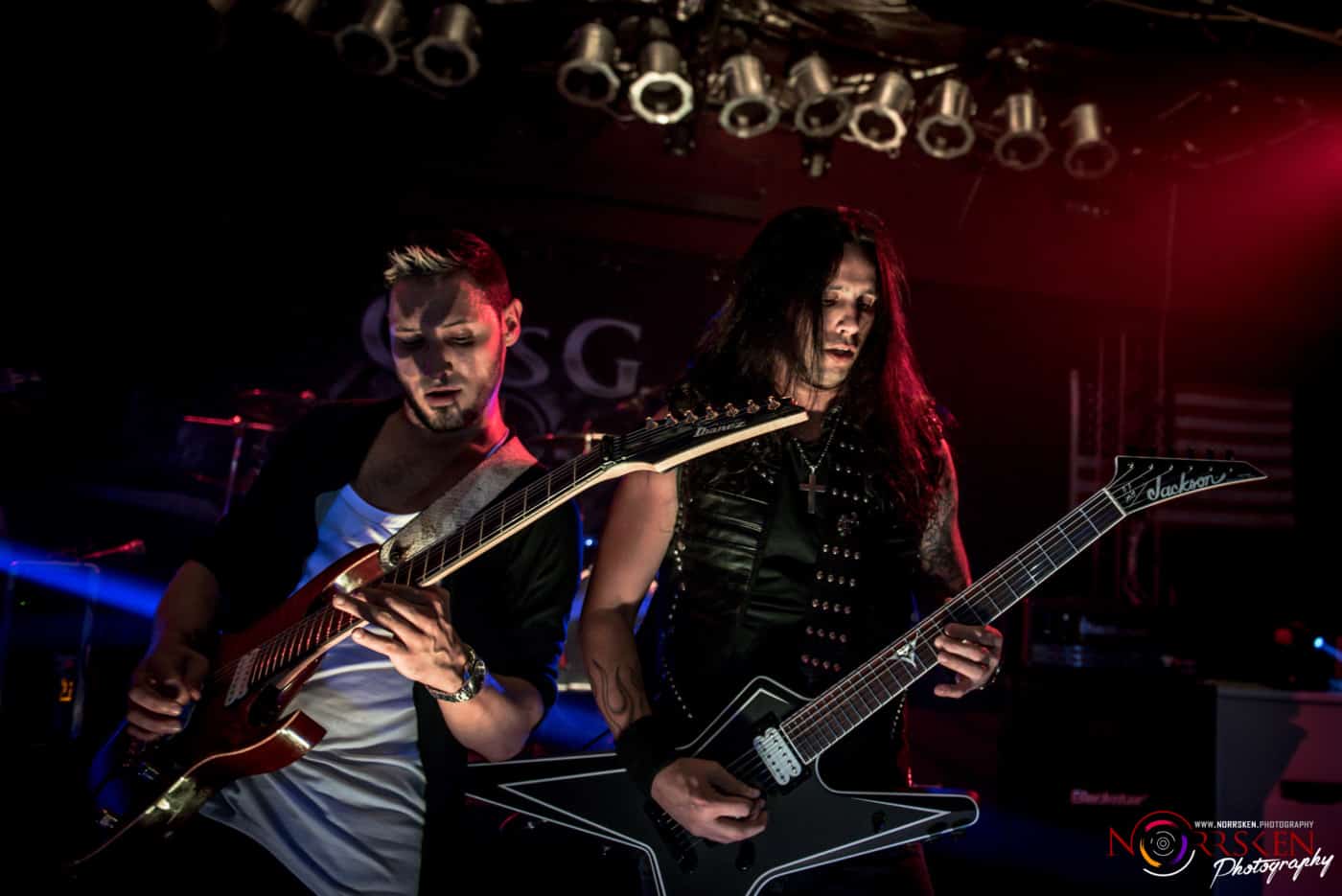