The Brooklyn quartet brought all their energy ( pun intended) to their cd release show this past Saturday night and rocked a lively crowd at The Studio at Webster Hall in NYC. Devoid of any gimmicks, elaborate stage designs, or screen projections the band delivered ripper after ripper from their latest album, When We Were Young, as well as cuts from their previous four albums. The set was full of sick riffs and heaviosity but the band never ran the risk of samey-ness as they played a couple of ballads including a cover of U2’s classic “With or Without You”.

As performers, the crew were borderline impeccable. Singer Adam Wolfsdorf had an unbridled energy that didn’t abate for a single second. He jumped around, pointed at things, and basically rocked out to each and every song. His sturdy vocals sounded on point with only a couple of noticeable hiccups most likely due to all the jumping around. Likewise his bandmates took advantage of the venue’s notoriously good acoustics and provided an immersive and rich sound. Particularly of note was Ian VanderMeulen’s crafty guitar work and monster tone.

In short, the band does an exemplary job marrying ripping hard rock with some very catchy choruses. Both the music and stage presence would keep even the most nit-picky of hard rock purists engaged.   The band is somewhat known as a perennial opening band having toured with many bands such as 3 Doors Down, Vertical Horizon, and Eve 6 but judging from their new album release party the band is more than ready for prime time.

Check out Rock At Night’s interview with The Energy 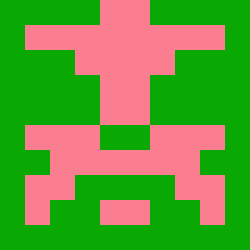