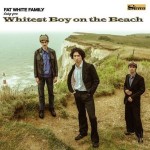 The “Whitest Boy On The Beach”‘ is the new single by Fat White Family is a departure but the video is just as disturbing as their usual fare. This ambush was done earlier in the year before the line-up change. Anyway, don’t read this shit, just press play.

Link to the Double A Side: Clark Kent Ambushes Fat White Family

“Whitest Boy on the Beach”

The latest album Songs for Our Mothers will be released on January 22, 2016 on Without Consent/Fat Possum. Fat White Family will return to SXSW in Austin, Tex., in March, where the band made its North American debut in 2014.

To watch more episodes of interviews of up & coming bands