The Chords UK, the South East London based Mod-Punk Mega Group The Chords HE CHORDS (originally 1979-81) stormed the Borderline in London on Friday. Thirty-five years after the release of So Far Away by The Chords, chief songwriter, Chris Pope is back with Chris Pope & The Chords UK (Chris Pope, Mic Stoner, Ken Cooper and Sandy Michie) stormed the acclaimed venue with their long awaited album Take On Life.

The first single from Take On Life is “I Can’t Let Go” and was released through Bongo Boy Records on October 13, 2015. It is full of spunk and punk as one would expect from The Chords. Listening to the raw energy of the single makes me salivate for the rest of the album. Right now pre-orders are being taken for the CD or vinyl through PledgeMusic.

On October 23rd, The Chords UK finally arrived on stage at The Borderline. The eager crowd grew closer towards the stage, the atmosphere built, and Chris belted out old material as well as the new. They really are an exciting band to watch and have a definitive sound that still sounds fresh today. Acoustically brilliant!

Check out some of the photo highlights below. 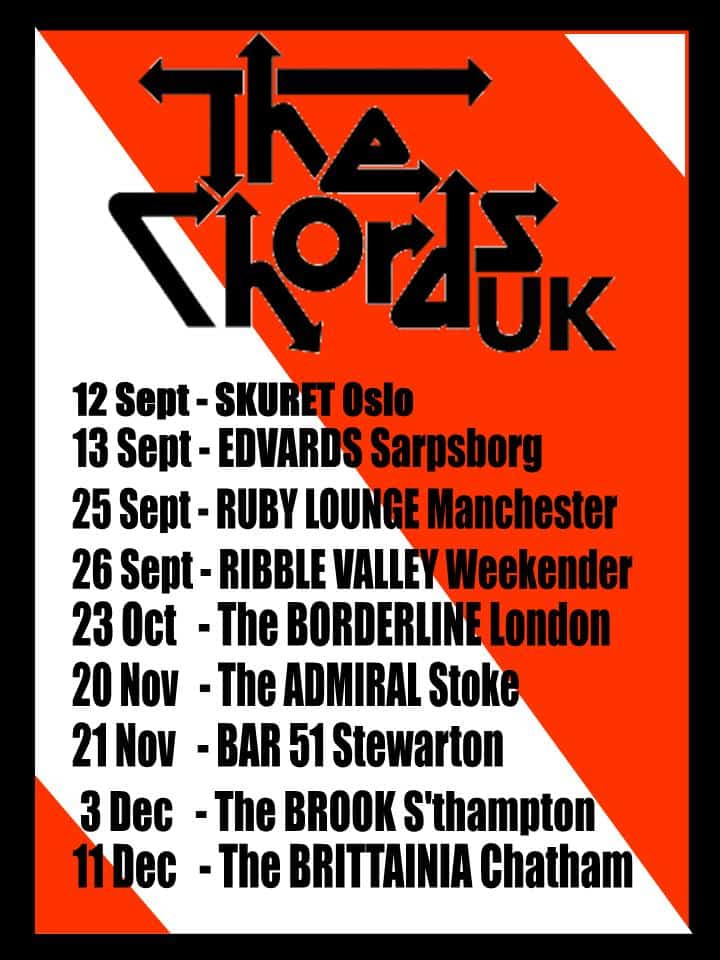