It’s been 37 years since the release of Poor Little Critter on the Road, the debut album from The Knitters, the original Alt-Country band comprised of three members of X, one Blaster and a Red Devil. It was in 1985 that Exene Cervenka, John Doe and DJ Bonebrake joined Dave Alvin and Jonny Ray Bartel to record the critically acclaimed debut for a sound that Alvin described as “It’s like if the guys at Sun Records dropped LSD and made a record with Lead Belly and the Carter Family. That’s what The Knitters sound like.”

Originally released on Slash Records in 1985, Poor Little Critter on the Road is a collection of original songs and revamped acoustic versions of early X songs as well as covers by such artists as Merle Haggard, June Carter and Huddie Ledbetter aka Lead Belly. Thanks to a new partnership with Fat Possum Records, the seminal album will now be available on vinyl; a limited-edition blue version available by pre-order now and a 140gram black version available in stores on March 11, 2022. 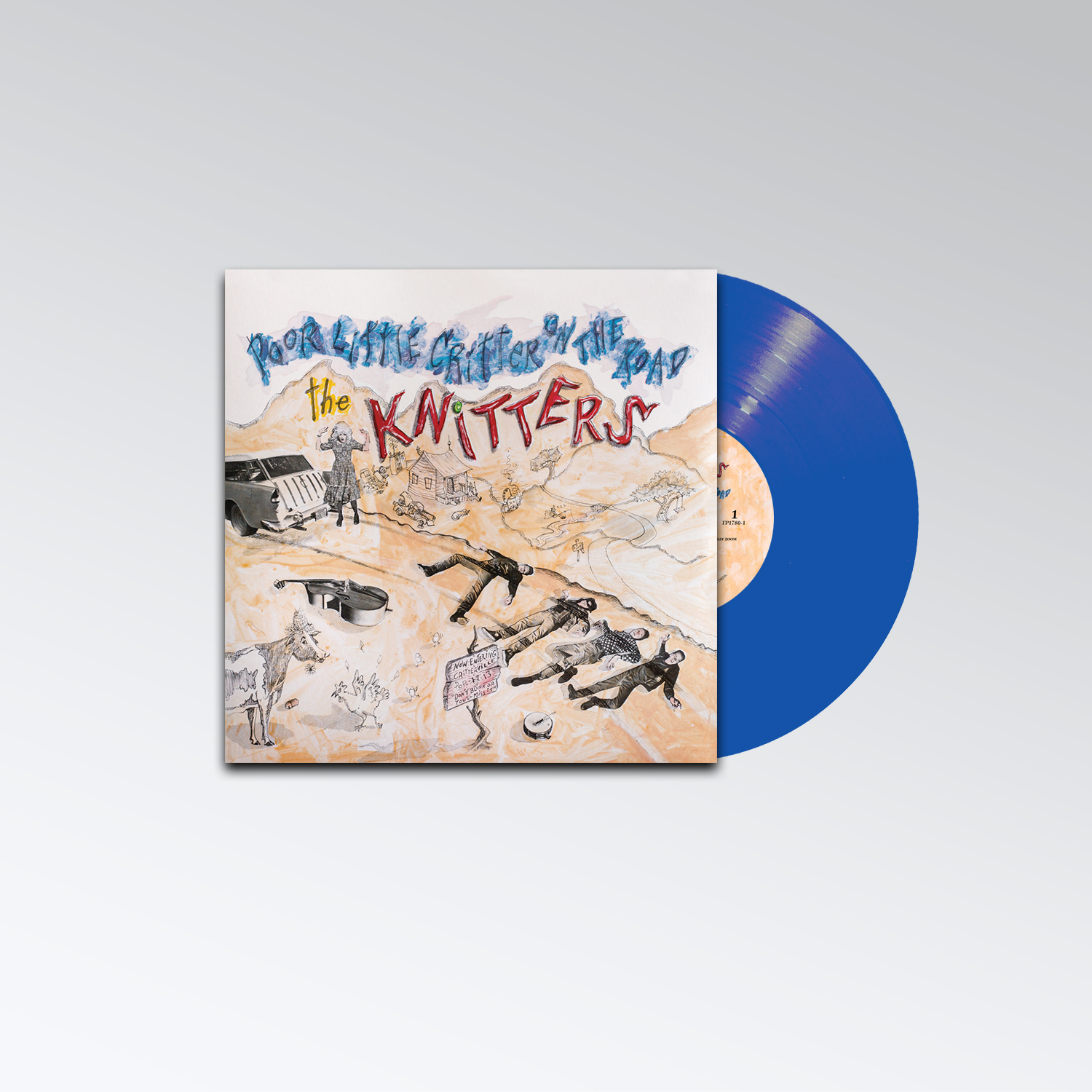 As John Doe explains of the original collaboration, “Poor Little Critter on the Road came from our love of country music. We’re proud to have introduced young punk rockers to Merle Haggard & Cleoma Falcon (Walkin’ Cane). We recorded like our heroes, late at night on borrowed studio time, drinking beer all together in one room. Above all we did it for fun and it never felt like work.”

With Exene adding, “Back in those days, bands played lots of be benefits; sometimes for our friends, and sometimes for causes we supported. The Knitters really started as a band who could play those shows when X and the Blasters couldn’t. Helping people is good for the soul. The shows were wild, unpredictable and just plain fun. We hope you enjoy Poor Little Critter on the Road. And if you do, please tell a friend!”