LA’s Little Hurt has a very cool song with a message, “My Head Hurts” that will give the listener the whole lowdown about facing the realities of today; pandemic, stress level, etc. The lyrics reflect on our very tough year, but one knows these times can’t last forever. We all certainly need some positive energy! 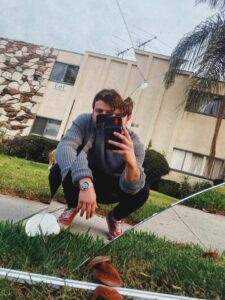 With a sing-along chorus and great guitar work on top of a background with a driving rhythm, Little Hurt’s Colin Dieden gives us the scoop on why he wrote the song, “I wrote ‘My Head Hurts‘ kind of out of necessity. This has been an incredibly tough year – for everyone. And I’m no exception. So many life changing events took place for me in such a short period of time and there were moments where I felt kind of hopeless”.

He says, “I really just needed to yell into a microphone and play my guitar really loud and that’s what I did. I think anyone hearing this song will be able to apply it to whatever is happening in their own lives and even the state of the world.”

“My Head Hurts” has definitely got the catchy hooks and already getting airplay on SiriusXm Alternative Nation; they are already playing the track in their Advanced Placement, and the song has been added at Spotify, Apple Music, and Pandora.

The song is following up the song, “Alaska” from last summer. This song made it to the #36 slot on the Alternative Radio charts and has gotten more than 4 million streams so far. Little Hurt released “Better Drugs” earlier last year, which helped to mark the beginning of Dieden’s solo songwriting and performing career after he spent almost 10 years as the lead singer of The Mowgli’s.

“My Head Hurts” is available now and will be included on a new EP “Every Second” that is scheduled to drop on January 29th, 2021. Check out this link to purchase the song.