Rock At Night is a lover of all things indie. Throw in a little retro 70s glam and 80s rock, and you have Brisbane band Poor Little Things.  In 2018, the PLT duo Tina Jackson (singer) and Dave Talon (guitarist) released a self-titled EP Poor Little Things and followed up in 2019 with Disco’s Burning (Volcano Vinyl). Rock At Night gave Disco’s Burning a listen, which was recorded and mixed in Switzerland by Dave Talon and Fernando Marlboro.

The first three songs on the album “Panic Attack”, “The Rock ‘n’ Roll”, and “Wait’n On the Line”, have a definite high energy, 70s glam rock feel–think Mott the Hoople meets T. Rex.  An 80s Pat Benatar sound permeates the sound of “Don’t Stamp It Out”, as well as a lot of the vocals throughout the album.  There’s a Gary Glitter’s “Rock & Roll, Part 2” beat in the instrumental “Fernando’s Theme” and the tunes “Deja Vu,” and “Disco’s Burning.” Overall, the nine-song album is chock full of solid rock ‘n’ roll. It’s a party in a box, as every well-mixed song glides into another, and faithfully captures the retro glam rock feel.  Poor Little Things is a gem of a band that deserves to be heard. 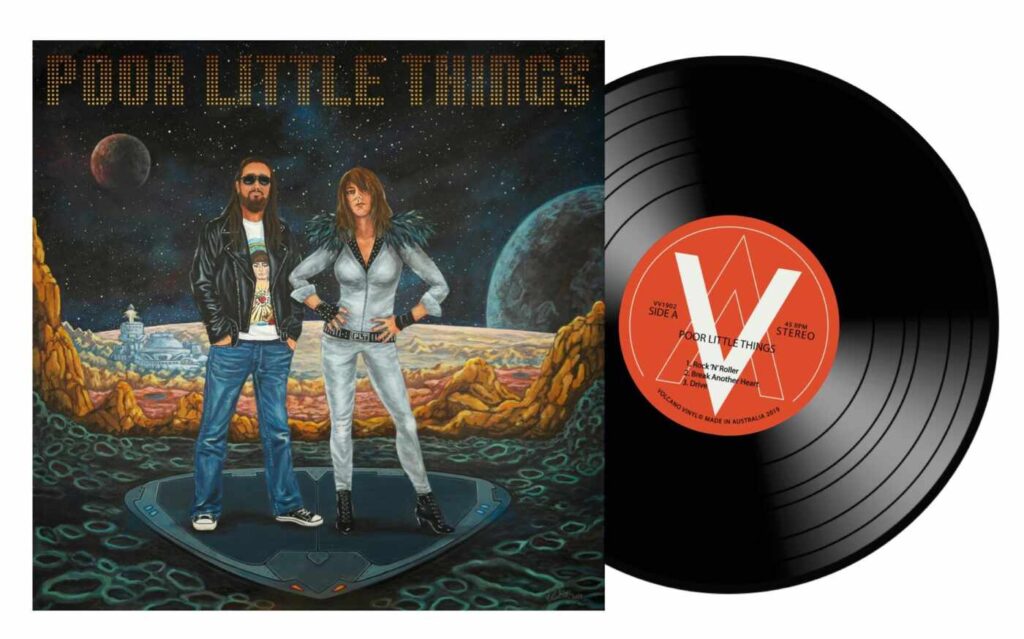