The world’s most iconic and celebrated rock legends will hit the road together next summer for a coheadlining tour SO MASSIVE that it could only be held in America’s biggest stadiums. THE STADIUM TOUR featuring DEF LEPPARD, MÖTLEY CRÜE, with POISON and JOAN JETT & THE BLACKHEARTS will hit select cities in the U.S. where each band will bring their electrifying stage shows while promising to perform their stadium sized anthems. Produced by Live Nation, the summer tour is set to steamroll through America, visiting the country’s most iconic stadiums, was announced today at SiriusXM’s Hollywood Studios live on the Volume Channel 106.

Tickets will go on-sale to the general public beginning Friday, December 13 at 10am at www.LiveNation.com, check local listings for details.  Citi is the official presale credit card for the tour. As such, Citi cardmembers will have access to purchase presale tickets beginning Tuesday, December 10 at 12pm local time until Thursday, December 12 at 10pm local time through Citi EntertainmentSM. For complete presale details visit www.citientertainment.com.

Following the huge success of their NETFLIX biopic THE DIRT, Mötley Crüe has seen a massive surge in new audience with fans around the world demanding the band tour again. This lead to the band members reuniting and announcing that “Mötley Crüe is back” just recently. While The Dirt caused a meteoric 350% increase in streams of Mötley Crüe’s music across all platforms and the younger 18-44 demographic now represents 64% of the band’s fanbase most of the new fans have never seen any of the band’s legendary live shows that Crüeheads have relished for close to 4 decades. Mötley Crüe is also celebrating the 30th Anniversary of their #1 charting, 7x Platinum album, DR. FEELGOOD this year. The band is ready to deliver an over the top stage show packed full of hit songs.

2019 ROCK & ROLL HALL OF FAME INDUCTEES Def Leppard are one of the most important forces in rock music. Over the past year, the icons closed out a sold-out worldwide tour including a North American stadium run & headlining the UK’s Download Festival to 90k screaming fans. Def Leppard’s star continues to rise and prevail. The band have amassed a staggering 2.5 billion streams since releasing their music digitally last year. Def Leppard’s influential career crosses generations and includes numerous hit singles and ground-breaking multi-platinum albums—including two of the best-selling albums of all time, Pyromania and Hysteria, both of which are certified Diamond (10x platinum).

POISON will be bringing a rocking real and relevant no holds barred thunderous live show to the Stadium tour this summer with the all original lineup of Bret Michaels,C.C. DeVille, Bobby Dall and Rikki Rockett. POISON will be unleashing an onslaught of hit after hit songs in its set. Friday the 13Th will be an historic date for two reasons, stadium tour tickets will go on sale as well as POISON front man, Bret Michaels will receive the Humanitarian of the Year award to air on the CW network the same night. Michaels along with POISON is known to bring a unique style of passionate high energy, sincere gratitude and a positive attitude. Michaels engages all the fans and makes it an absolute epic ride of true live music.  Together With C.C.Deville on guitar, Bobby Dall on bass, and Rikki Rockett on drums POISON will rock the stadium with a chemistry that will bring a big summer mega party vibe and Michaels promises to give 1000 % on the stage as the hotter it gets the harder POISON promises to rock!!!

Rock & Roll Hall of Fame inductee Joan Jett & The Blackhearts are no strangers to stadium sized shows having toured with The Who, Green Day and the Foo Fighters in recent years on their stadium tours. Jett celebrated the story of her life in a critically acclaimed 2018 documentary Bad Reputation which showcased all the female firepower of her life and musical career. 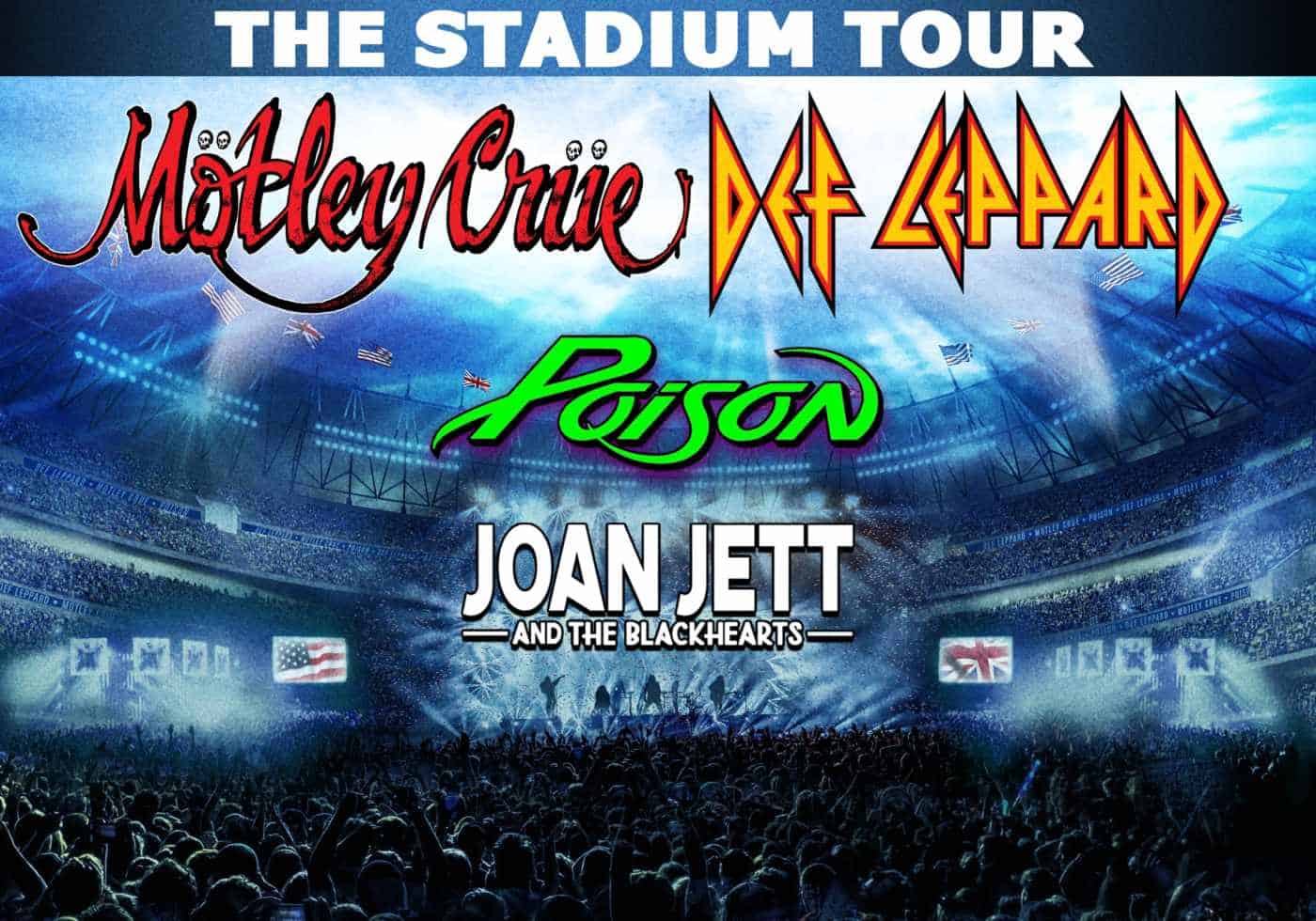