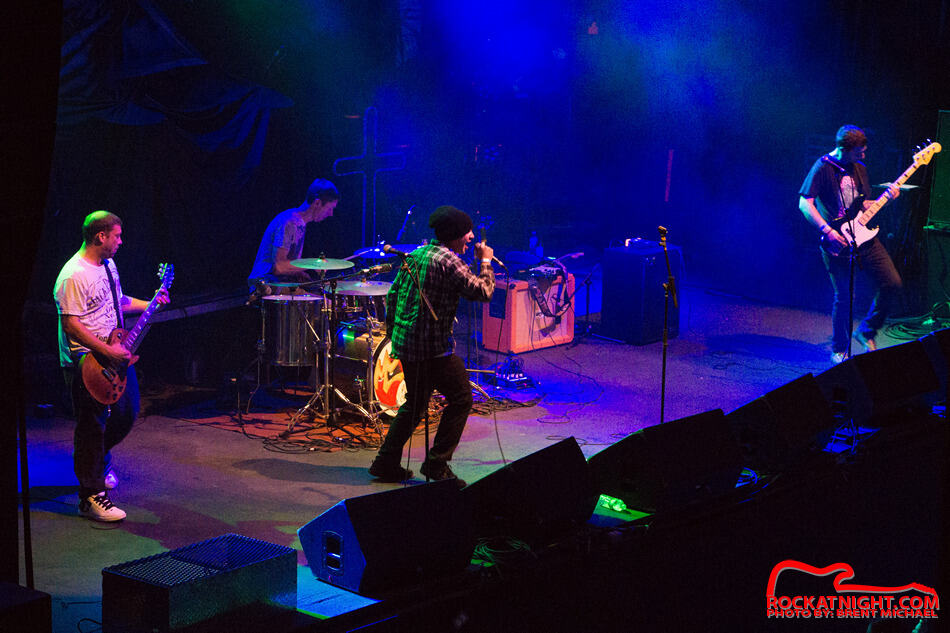 If you saw the Muphin Chuckrs walking down the street in their Bradenton, FL hometown, you wouldn’t be thinking, “Those guys are probably in a band.” You certainly wouldn’t be thinking, “Those guys are in a band that’s been playing together since 1999.” But both statements would be absolutely true! One could say the recipe to bake a batch of Muphin Chuckrs is simple: four outstanding and loyal friends (who have been the original members since the group began), mix in a base of influences including Green Day, Sublime, and Bad Religion, and then add a dash of Otis Redding, James Brown, and Fleetwood Mac. Set for nineteen years. Serve. (And don’t worry, the batch looks fresh out of high school! These guys are like Dick Clark, teenagers until they die!)

Muphin Chuckrs became an official band in 1999, and have worked consciously on maturing their sound since 2006. Now in their nineteenth year since inception, Muphin Chuckrs have written over 70 original songs and self-released 11 CDs. The excellent “Muphin Medley,” (as far as I know, their only cover song effort) which includes snippets of songs by Steppenwolf, Led Zeppelin, The Doors, Stevie Wonder, and the Beatles, closed the show to much-deserved applause! Through hundreds of shows, including charities, high schools, family events, and (much more commonly) dirty bars, the band continues to fine-tune their signature sound; they are known for reinventing themselves with every new CD release – and finally seem to be getting the recognition they deserve! Their passion is obvious in their live show. Front-man Dustin White not only has a unique voice and a talent for singing, but he also knows how to entertain an audience. Together with guitarist Dan Edwards, bassist Nate Reid, and Zach Phillips on drums, the Muphin Chuckrs crowd not only gets a great musical show, they walk away laughing. This combination has made them a hit throughout Southwest and Central Florida, allowing them to make a name for themselves in their hometown and begin touring throughout the state and beyond on a regular basis. Their sights are definitely set on the road, and that’s great news for the rest of us!