An international super-group made up of current and former members of Tad Morose, Masterplan, Blind Guardian, Edenbridge, Dreamscape, and Emergency Gate, Serious Black is a band I haven’t paid much attention to (in all honesty). The whole idea of the band started when Roland Grapow (ex-Helloween, Masterplan) and Mario Lochert (Emergency Gate, ex-Visions of Atlantis) gathered five highly motivated workaholic musicians and embarked into a new musical venture.

After their first attempt, “As Daylight Breaks” released on January 2015 with high praise from critics, Thomen Stauch (drums) and Roland Grapow (guitar) left the band for personal and health reasons. Replacing them are Bob Katsionis (guitar) and Alex Holzwarth (drums), Firewind and Outloud and ex-Rhapsody of Fire respectively. September 2016 saw their second album “Mirrorworld” positioning themselves among the leading formations of their genre. Today, and faster than I can finish typing this review their third album will hit the stores, and it aims at charming the fans by taking them into the fantasy and mystery of a conceptual work entitled “Magic”. 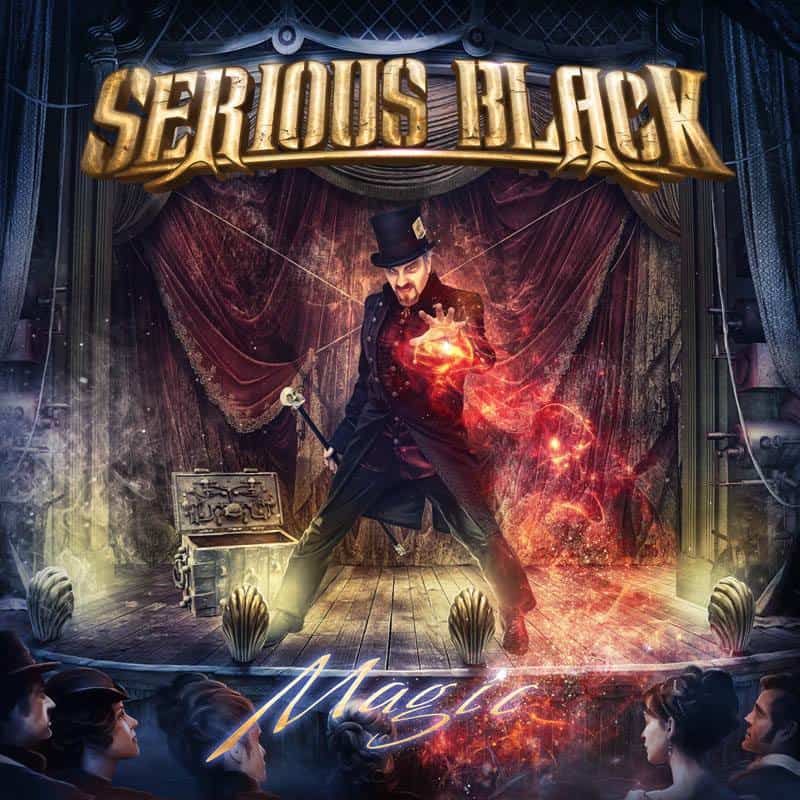 The music on the album veers into a mix of power-metal and melodic metal in the veins of Kamelot, Nightwish and Sonata Artica, leaning more towards the up-tempo mode of power metal that’s not quite speed metal after the Gamma Ray model. It offers an abundance of tempo changes; rock grooves and catchy choruses, and it feels rich in energy and effortless while it flows from one track to the next. The vocal harmonies of the great Urban Breed are as great as ever and the guitar duo of Dominik Sebastian and Bob Katsionis displays total control of the six-string instrument, playing harmonics, instantly memorable riffs, and prolific solos throughout the 14 tracks, with trilling keys and surgically precise drums rounding out the experience.

The lyrical story is a bit cheesy and sometimes loses its course, but the compellingly written music makes up for it. The album takes the listener on a journey through the subject of the fantasy and mystery behind the practice of magic, as the album tells the account of the story’s lead character, Mr. Nighmist, as he relives his youth, and his decision to return to Caldwell Town. As the story plays out, one learns that not all is well, as the people of Caldwell Town begin to feel betrayed, as a curse is now gripping the residents as a witch resolves to put her evil spell on those who cross her path. While all the while, Mr. Nighmist must come to terms with his feelings of a lost true love, his desire to return to her, while at the same time using magic to help his people in their time of crisis.

Serious Black does an admirable job with the release of their first concept album. The sound is engaging and very melodic, filled with a winning formula of passion, emotion, and crescendos; meanwhile the talents of all the band members are in full display. Most of the songs are inviting, catchy and made for a repeated listens. Summing up, “Magic” is a very fun and enjoyable collection of songs with its strongest point on the soaring vocals by Breed, and it will surely delight the fans and all the lovers of the genre.

“Magic” was mixed by Michael “Spike” Streefkerk (Def Leppard) and mastered by Mikka Jussila (Finnvox Studios), featuring cover artwork by Jan Yrlund. It was released worldwide in the following editions: