Rock At Night gets dozens of press releases and inquiries daily for album reviews but it was a rare inquiry that caught my attention recently. Apparently, since Foxy Shazam took a hiatus in 2014 after a long 10-year stint of producing five albums and several singles, the bearded keyboard player Sky White pursued his passion for high end tea and created a bustling boutique tea company named Wendigo Tea Co. It is kind of difficult to imagine White quietly sipping herbal tea when he is famous for crowd-surfing while playing the keyboard, electrical cords dangling among the dancing feet. If you watch videos of Foxy Shazam, White is often lifting the Roland keyboard and playing on its side. I cannot think of any other musician who is this animated and aggressive with a set of keys!

Rock At Night was definitely interested in speaking with White about his music and of course, Wendigo Tea Co. First of all, I would like to note that I am a coffee connoisseur who daily brews Italian espresso beans in a Jura Capresso machine. On the other hand, I have had a taste for British teas (Twinings Earl Grey, PG Tips, Typhoo) and some herbal teas bought at natural food stores for years. After speaking with White, I have to say my opinion of tea has expanded. After learning about the process of producing teas I was unaware that we in the US receive the dregs of the tea crops. White described the teas as “what they basically sweep off the floor…like the tea dust.”

White described how he would often take short breaks while touring around the world to explore local teas in exotic locations. He would often brew steeping savory concoctions in a mason jar. During our conversation we both agreed that drinking tea kind of “brings one back to earth” since you have to actually stop and sip. Tea is really a comfort drink, unlike coffee which one can drink on the run.

For those of you wondering about the sweet, cheerful name of the company “Wendigo”, which kind of floats off the tongue with pleasant alliteration–the meaning is “not so sweet”. In fact, in Algonquian folklore, the Wendigo is a cannibalistic creature which possesses insatiable greed and ill reputed behavior. Actually the logo for the tea company is a “W” with the antlers, a characteristic of the wendigo creature. Now, how is that for a theme for something as innocent and homey as tea? Each of the teas is named after a folklore creature such as the Yeti for “Bigfoot Black Tea” or the “Firebird Chai” tea. In fact the packaging is very elegant and consists of a dark brown canister embellished with a jute rope and card which describes the tea. 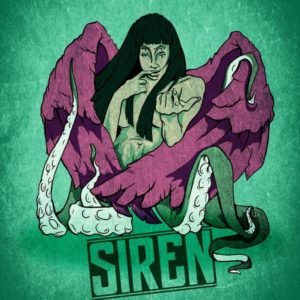 Now, I tried the herbal tea aptly named “Siren” and it is very reminiscent of Jamaican ginger beer, carrying a thick heavy, gingery and peppery flavor. The flavor is very full-bodied and strong—the way tea should be. The concoction appeared to be chock full of dried woody and frilly herbs, bark, and seeds. It was nice to see real herbs as opposed to what usually seems to resemble grass clippings and bark dust.

White said, “Siren Tea is the new throat health tea for vocalists” and it is recommended for calming the throat. White said, “Justin Hawkins of The Darkness loves the tea and finds it “unrivaled” in its effectiveness for soothing those vocal chords. We both discussed how one’s voice, especially in the music business, is a person’s “bread and butter”. Losing a voice means losing revenue—so this mighty Siren tea can do the trick to save the gig! I even suggested that people who lecture (e.g., teachers) might find it helpful. Another helpful note that White pointed about the Bigfoot Black Tea (and I assume the others) is the tea can be re-steeped so one can get extra mileage out of these high quality leaves.

The tea is available at outlets in the Cincinnati area where White resides but can be purchased online. I asked him if a Chupacabra tea was on the horizon. White noted, “King Dragon Oolong is the most recent beast. It is a musky and mean oolong with a lot of natural sweetness.”

So, these days White is not crowd surfing or nearly getting electrocuted by a PA system (he told quite a story during the interview).   He plays music with fellow Foxy Shazam guys from time-to-time—just for fun. He enjoys playing cool blues rock with old childhood pals in the J Dorsey Band. And when he is not playing music (he was actually a physics major in college) he is changing the world by introducing quality teas to the American public—one consumer at a time—and ridding the notion that tea is for health nuts or grandmas. The flavors are exciting and rich, and should appeal to all taste buds that have been ruined by Lipton. 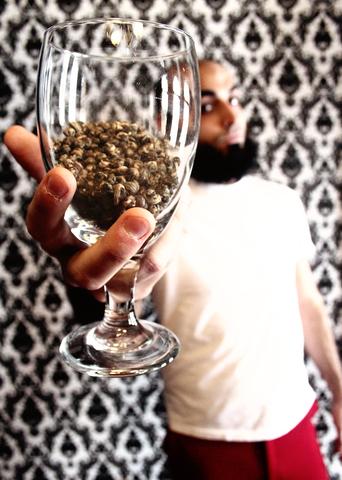