By Per Ole Hagen, Rock At Night Oslo, Norway Correspondent 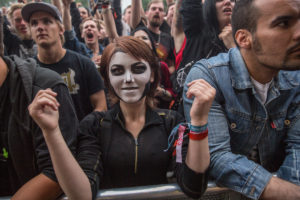 This year was the third year of the Tons of Rock festival at the Fredriksten Fortress in Halden, close to the border between Norway and Sweden. The venue is an important historical place in Norway, being the place where the Swedish king, Karl 12 was killed November 30th 1718. Since then the fortress has been used as a tourist attraction, and also as the venue for a sing along show on one of Norway’s commercial TV stations.

When Tons of Rock was held for the first time, Sabaton was one of the headliners, having just released an album about Karl 12. That year’s festival was a success, with Slayer, Anthrax, Sepultura, Ghost and Volbeat as other headliners. The second year was even better, with Twisted Sister, Opeth, Testament, In Flames and the band thaat gave name to black metal, Venom. This year the festival had to increase the capacity with Black Sabbath as the headliner the first day, and Alice Cooper, Behemoth, Megadeth and Sixx-A.M. the other two days. 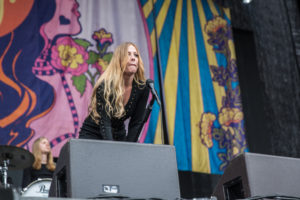 The first day started for my part with Leprous and then Blues Pills. Leprous are a prog rock band from Notodden, Norway, and did a good job as openers in the big tent. After them Blues Pills from Sweden presented their blues rock in the style of 70’s rock bands on the main stage with Elin Larsson in front. After them I saw Buzzdrivers, a local band, at the Huth stage which was situated at the highest point of the fortress, with a stunning view over Halden.

Mannskoret is representative of a special Norwegian discipline, a male choir singing rock songs a capella. We have two choirs doing this in Norway, the other being Svartlamon Hardkor. Mannskoret are popular, and they have become quite good during the years, this time they sounded real good. While Mannskoret have songs by Raga Rockers on their repertoire, it was interesting to hear the original straight after. Raga Rockers played in the big tent, and they always draw a big crowd, having been one of the big Norwegian rock bands since the early 90’s.

Rival Sons are always a good festival act. Since I saw them the last time, they have got a new keyboard player which expands their sound. Their style is still the same, hard rock in the style of Led Zeppelin and 70’s rock, but with their own distinct touch. Rival Sons were a good warm up band for the band all the almost 10.000 fans were waiting for. 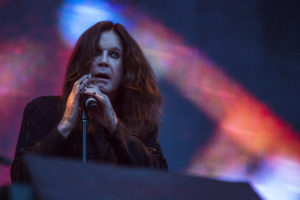 This tour, The End, is Black Sabbath’s last tour, and it ends in their hometown, Birmingham with two gigs February 2 and 4. Their concert at Tons of Rock was their last one in Norway ever. I have seen Ozzy solo in Oslo four years ago, but I have never seen Back Sabbath live. I must say I was highly impressed by the rest of the band, Tony Iommi and Geezer, plus Tommy Clufetos on drums. They were tight and hard, and giving Ozzy the backing he needed. It was also noticeable that Ozzy doesn’t have the energy he had in younger days. His voice was good for the first half of the concert, but at the end it became strained and he missed more notes than in the beginning. But all in all this was a worthy end to their career – at least for us Norwegians. Here is the setlist for Black Sabbath‘s concert at Tons of Rock

Friday started with Below in the tent, an epic doom metal band from Sweden. Good competent, and a good way to start the day. After Below Shrine played the big stage, in my opinion a too big stage for them. Next out were El Caco on the big stage. They are a hard working Norwegian doom metal band that I saw for the first time in 2009. The 2016 version is playful, hard and super tight, with effective riff-based songs. Converge was the first punk band this day, I band I saw in 2013, and that does the same aggressive running around on stage today as then. I must admit this isn’t my favorite style, even if Converge does a good job.

Sixx-A.M., with Nikki Sixx from Mötley Crüe was the first of the big names on Friday. Mötley Crüe’s biography Dirt is one of the most memorable rock biographies written, and Nikki Sixx is one of the survivors. Sixx-A.M. is a much more pleasant band, and they held a very good concert. Singer James Michael and guitarist DJ Ashba did a good job together with Nikki Sixx, both playing and posing for the fans.

is a metal band with humor. They are more than competent musicians and present some really wild lyrics. This year they have also new costumes, short, shorts and cowboy boots. Unfortunately for foreigners their lyrics are in Norwegian, but their songs are good and well worth listening to. 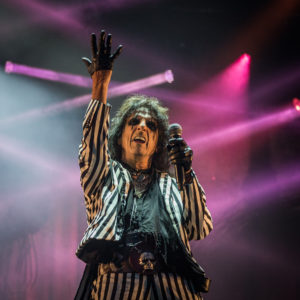 Alice Cooper was the headliner at the big stage Friday, and as usual he presented a professional, spectacular and well executed show. His band is very good, and he gives his musicians lots of space to present themselves. Nita Strauss deserves extra mention, both as a super guitarist, and also as an entertainer on stage.

Saturday started with the local band The Annex. They are young, but accomplished musicians, and I specially noticed drummer Alfred Rø Haavelsrud as a big talent. After them I saw the Swedish band Pain. They mix heavy metal with electronica, but didn’t move me much. It was more fun with the band Ammunition, also a local band, but with veterans like Aage Sten Nilsen and TNT bassist Victor Borge, they are a heavy metal band in the tradition of TNT. Melodic and hard at the same time.

Ethereal Sin is a Japanese band, and my skepticism was unfounded when they started playing. They perform in full paint, with one singer who growls, and a female singer who does clean singing in Japenese opera style. Lots of good songs and great posing. The same can be said about the next band, Europe, who had a monster hit in Europe(sic) with The Final Countdown in 1986. Hard working singer Joey Tempest and guitarist John Norum are still with the band, and they are still a good band, but a bit dated in my opinion.

Steak Number Eight were a refreshing acquaintance. They are from Belgium, and are a hardcore sludge band with an aggressive stage show. Lots of energy, and good rapport with the audience. The contrast was big between Steak Number Eight and the next band on the big stage, Swedish band Amon Amarth. They are a viking band, with two huge dragon heads on the stage. Singer Johan Hegg has a tremendously strong and deep voice, and the band have a stage show with lots of action.

Megadeth was the first headliner Saturday night. Their set was impressive, with Dave Mustain and fellow founder, bassist David Ellefson, being prominent on stage. Their set was super tight, and showed us why Megadeth is one of the foremost of the American metal bands.

The contrast from Megadeth to the Hedvig Mollestad Trio is big, but if you measure the technical skills, Hedvig and her fellow musicians can go shoulder to shoulder with whoever. Their style is hard guitar rock combined with jazz harmonics and asymmetric rhythms. They are one of my all favorite bands, and I always love seeing them, also Saturday night at Tons of Rock.

The last band on stage at Tons of Rock 2016 was the Polish blackened death metal band Behemoth. This was the third time I saw them, and they always deliver a good show. Singer and guitarist Nergal (Adam Darski) is the spiritual leader of the band, and he is controversial in his homeland, having been accused of promoting Satanism. Be that as it may be, Behemoth is a great live band, and they presented the perfect closing of Tons of Rock with great playing and lots of pyro.

I have already booked my hotel for next year’s Tons of Rock, and am looking forward to how they are going to top this year’s version. I will certainly get back here when they announce the 2017 bands sometime early next year.

I started out playing in a band in high school, and kept on for more than ten years. Educated as a musicologist, but have worked in several music related businesses for more than 30 years. Likes many kinds of music, rock, metal, jazz, singer songwriters, classical, country, Americana, etc., but not EDM

I live in Oslo, Norway and attend a lot of festivals every year, shooting for my own blog and RAN. I started out some 18 years ago, and have had several concert photo exhibitions in Norway, Poland, Switzerland and Litauen.
https://artistpicturesblog.com
Follow Me
Latest posts by Per Ole Hagen (see all)