A brilliant album full of personality and real heart, that has the ability to delight on a number of levels 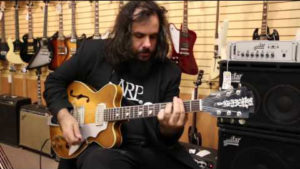 Less than one year ago I hadn’t heard of Fernando Perdomo. As a matter of fact, I discovered him when I witnessed his jaw-dropping guitar performance as part of the Dave Kerzner Band during Cruise to the Edge, back in November 2015. After that show I knew I had to check on him and his musical endeavors, so I did some homework and what I found was surprising. At barely 35 years old Fernando Perdomo had such an impressive resume, one you could be reading for several minutes. Born in Miami Beach and currently residing in LA, Perdomo is not only a musician, but also a singer, songwriter, multi-instrumentalist and record producer. He lives and breathes music, and has toured, performed and recorded with a multitude of artist in many different genres. He’s also owner of a very eclectic record collection he put together at an early age as a regular customer in every thrift store and flea market in Miami.

Perdomo moved to Los Angeles in 2012 and opened his own studio “Reseda Ranch Studios” in Reseda, in which he has been making music for over a decade now. He has produced and played on countless records, alongside artists like Linda Perhacs, Cait Brennan, Dean Ford, The Defiant, Jim Camacho, Little Dove, Robert Avellanet, Rooney Anne James… the list goes on and on. Perdomo is also the main guitarist and bassist on New World, the debut album by prog-rock artist Dave Kerzner, with whom he’s now working again for a sophomore release. Recently he played bass on Emitt Rhodes’ latest album Rainbow Ends. As you can see, what I said before about this guy’s musical pedigree is completely true.

For his ambitious new album, Voyeurs Perdomo discovered a new and unique way of making music. In an unprecedented move, Voyeurs is the first album made under surveillance using Facebook Live Streaming, which allowed fans to witness the virtual creation of his record in real time as it happened in his Reseda Ranch Studios. Every note, every take, every mixing move is documented and archived on the artist’s Facebook music page. Generating instant feedback from his international Facebook fan base as they watched the sessions unfold in real time, Fernando was able to channel their constructive input and thus inspired and engaged by their feedback, both positive and negative reactions, these help shape the stylistic direction of his songs. He says: “Working under these conditions where I had little time to second guess or overthink my creative choices made recording my record a joyous, interactive performance.“

It is difficult to catalog the record Voyeurs.  It is much closer to pop than it is to rock, nonetheless the conviction with which these songs have been crafted and performed, not to mention the strong melodies and the clever song writing, counteracts my normal apathy and/or dislike for pop music generally. Instead, I find myself tapping along or nodding my head in appreciation. It isn’t my normal music of choice, but I find myself really loving it. 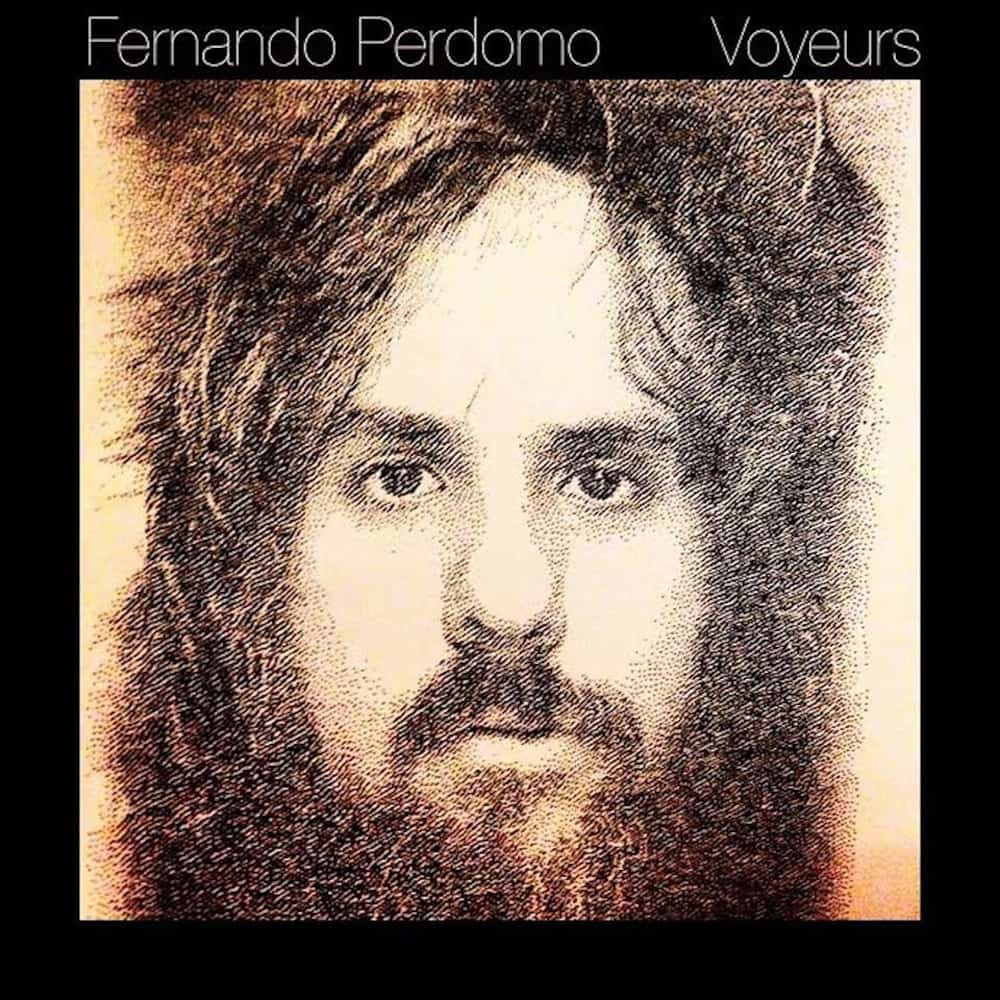 The opening ballad “The One you run to” is a mellow track with a soft and caressing guitar melody that invites to reflection, which paired with Fernando’s voice gives the perfect atmosphere for a very intimate setting. I can picture myself enjoying a glass of wine with my significant other while listening to it. “Feels” continues in the same vein, with a seventy-infused retro-pop vibe, full of a warming harmony that reaches its end too soon. “Hiding under the Clouds” surprises me with its subtle and beautiful beginning that unfolds into some smooth Lennon-esque vocals while Fernando sings “Rain, rain, go away”.

“Holding Back I Love You’s” is easily one the album clear standouts for me. A nice acoustic intro segues into another rather pop chorus aided with some rather sentimental lyrics – “Holding back I love you’s, my heart is on my sleeve, don’t know what you believe… I love you” while the keyboards and the guitars take a slow crescendo to fade softly back to the initial melody and then the electric guitar makes its presence morphing the whole sound into a blues permeated passage, in which Perdomo showcases his tasteful playing, offering a perfect note by note delightful solo, which is equal parts poignant and measured.

“Angel” starts up with a soft acoustic intro and some silky vocals, further developing by the entrance some Floyd-ish guitars layers impeccably performed, wrapping the tune to its very end. The overall lyrical sadness continues with “In a World without You” in which Fernando flirts with the sixties bringing up a nuanced and emotional song which somewhat reminds me of Lovin’ Spoonful. “Something’s Missing” is a way more upbeat track that could be easily extracted from an unknown session of the Fab-Four, it offers that eclectic and remarkable 70s’ flavor and Fernando singing is a true trip down memory lane. “Stay with the Friends” is a joyful tune that can get you clapping at the chorus and singing unconsciously, another nod to the music created some decades ago, yet sounding fresh and personal at the same time and remembering “…No matter what you do, stay with the friends…”.

“Smile” is a more rhythmic song, with a prevalent bass line in the background while Fernando creates a myriad of sounds out of a marxophone, a statement of his colossal universe of musical ideas. The album itself closes with “Home”, another highlight in which Perdomo’s singing takes the spotlight, with thoughtful and reflective lyrics and an impeccably executed mixture of piano, harmonium upright bass, drums and guitars. But the music doesn’t stop there.

The CD also includes a bonus instrumental EP, containing another 7 songs and including the track that gives the album its title, rounding a total of 17 songs. These short instrumentals exhibit a different side of Fernando’s massive musical palette. “Sequence 0045” takes its name from an analog sequence played out of an Oberheim two voice synthesizer… which Serial Number is 0045.“Cruiser” throws in an up-tempo vibe sprinkled by tasty drum fills and a wonderful guitar solo at the end. “Voyeurs” is one of the tracks I find myself returning to, maybe because the synths and the spacey mood mixed with the bass lines reminds me of Gila, a krautrock/psych folk and psychedelic band from the German music scene of the 70s. “Sketchbook” is a delightful jazzy composition, and being a sucker for jazz and fusion I enjoyed the heck out of it. Special note deserves the final track “Waltz for Doug”, Perdomo’s homage to his musical professor Doug Burris who passed away last January. Burris founded the Rock Ensemble at Miami Beach Senior High in 1972. Forty years later, he’d retire after helping students find careers in the music business, scoring national honors and landing them a gig at the Rock and Roll Hall of Fame Museum in Cleveland. At 17, Fernando was an ensemble member cranking Jethro Tull’s “Living in the Past” on guitar on a Rock Ensemble CD, the first commercial release for a local high school. Burris made such a lasting impact on Perdomo’s life that he said: “Twenty years ago, I learned “One Headlight” by The Wallflowers in his Rock Ensemble class. Now I play guitar with Jakob Dylan. I owe my whole career to him. No teacher has had a more unique and influential career. He will always be my mentor.”

Overall, “Voyeurs” is a brilliant album full of personality and real heart, a rich, warm and inviting record that has the ability to delight on a number of levels as it explores some various ideas and a variety of instruments. Listen superficially or listen with minute detail; either way there’s something to enjoy at every turn.