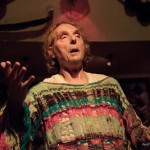 Sounds like: the lovechild of funk and punk during its rebellious teenage years.

In order to escape the lure of cash brained A+R, Bruno Wizard infamously changed the name of his band from The Rejects to The Homosexuals. If that’s not enough to get you to watch him in interview then nothing will.

Link to the Double A Side:Bruno Wizard Chats with Clark Kent About Situationism

Link to playlist where the interview was originally shared: Cassetteboy vs David Cameron – Gettin’ Piggy With It

Cassetteboy vs David Cameron – Gettin’ Piggy With It

To watch more episodes of interviews of up & coming bands