When I heard that Colonel Bruce Hampton (Ret.) and the Aquarium Recue Unit (ARU) were forming a reunion tour, my thought was, “Real musicians. Real music. Maybe people are finally tiring of Top-40, pre-packaged bubble-gum and the timing is great.” I thought the reunion might be part of the revival of “real music” which people are labeling as “retro sound.” Progressive rock and jam music is making a comeback as people appear to be tiring of soundbytes and repetitive choruses.

I was thrilled at the thought of interviewing the multi-talented Colonel and was frankly, a bit nervous at the prospect after watching a lot of YouTube interviews and viewing the trailer for a documentary entitled, “Basically Frightened: The Musical Madness of Colonel Bruce Hampton.” During the first 10 minutes of the trailer there are quotes from protégés, friends and colleagues, such as Derek Trucks, Dave Matthews, Billy Bob Thornton, and more, describing him as a “Mad Hatter,” “supernatural,” “a statesman,” and “an atomic bomb but nobody gets killed.” These quotes appeared to be tongue-in-cheek because later the musicians described the Colonel in very sentimental and heart-warming tones, explaining how “joyful” it was to work with the Colonel and how they evolved as musicians because of him. Some interesting quotes from the trailer are:

Dave Schools (Widespread Panic) “If I never met Bruce, probably be more of an egotistical jerk and hell of a lot less musician than I am now!”

Derek Trucks (Tedeschi & Trucks Band, Allman Brothers)…I don’t know if I would be playing professionally today if I hadn’t met him when I did.

These words really affected me and I knew the Colonel was a special, complex man who could be a fatherly mentor, a friend, and also a crazy cut-up at the same time.   I knew this would be a special interview.

I actually do not like to “interview” people but rather converse with them. I spoke to the Colonel on the phone one afternoon and told him right off the bat, “I read a lot about you online, saw pieces of the documentary about you, and boy, a lot of people are intimidated by you!”

He asked, “Really?” and burst into a hearty laugh. I knew he was flabbergasted and amused at the same time, as he explained, “I‘m basically Ed McMahon and an insurance salesman. I’m the most boring person you ever met.”

Somehow I did not believe him.

I asked, “Then why are they saying you are ‘intimidating’?”

The Colonel responded, “I don’t know? I didn’t play football. I didn’t shoot anybody. I don’t argue…so I don’t know?”

We both chuckled and I let out one of my annoying, whooping laughs. It is kind of a cross between a cackle and a howl.

The Colonel was still amused, I could tell, so I asked, “You are getting tickled by that, aren’t you?”

I wondered what prompted the reunion of the Aquarium Rescue Unit , and even more importantly, the origin of the name. The Colonel told me the story:

“I had a tune called ‘Aquarium Rescue’ back in the 80s. I’ve done saddleback sales and I’ve done aquarium rescue unit. I worked for a guy who rescued aquariums (for one night) and I said ‘That’s enough.’ We’d have to go fix aquariums in the middle of the night. I had enough of that in one day!”

After a flurry of laughs, he said, “I was a lasso instructor for three days!”

“Yes,” he replied, “a lasso instructor and a lariat importer.”

He continued, “I couldn’t t take the aquarium rescue [job] because it’s too traumatic…but I’ll name the band that.”

I noted, “I guess you honored the aquarium fish by doing that!”

The Colonel later explained ARU has been playing gigs every few years for the past 20 years. This recent tour was prompted by his manager’s suggestion, but admittedly, all of the musicians truly enjoy playing together and it was just time.

I remarked, “I notice a lot of the gigs are in Colorado. I wish you would come down to Florida. You aren’t that far.”

The Colonel explained, “We are on a tight schedule and the minute we are finished everybody has something to do. I’m doing a movie right now. It’s called ‘Here Comes Rusty’ and I play an old Southern codger.”

I remarked to the Colonel that ARU are all top-notch musicians, noting “You always seems to surround himself with the best in the business. You guys feed off of each other. You are better together. Is this true?”

He agreed, saying,” We actually are. I’m just a singer from another planet, a folk singer, and they are some of the best musicians in the world. They know their instrument. They are good cats and they can play anything.”

The Colonel is really humble and self-deprecating when he speaks of himself (yet, most of the greatest musicians attribute their ‘greatness’ to the Colonel). I said, “You sound pretty humble because I saw a lot of the interviews with Dave Matthews, Derek Trucks…a lot of these people attributed the depth of their playing to you.“

His voice softened, “Well, that’s very kind of them.”

Since I deal with a lot of musicians, I felt compelled to ask, “What is the best advice you can give to a young musician starting out?”

Without hesitation, the Colonel replied, “Get a job with a computer!” We both shared a hearty laugh with this retort.

Beginnings and the unexpected

During my research on the Colonel, I noticed he played an instrument called a “chazoid.” I wondered what it was and there was little information. All I could find was a mug shot for a man named “Chazoid.” Here is the exchange we had on the subject:

“A chazoid is a perverted mandolin-cello   I had somebody make it for me.”

I wondered about the Colonel’s interest in the blues and he explained he had a nanny who had been born a slave. She was in her 90s when she cared for him. He said, “I was about seven when she passed. She was a major, major influence.”

He explained how blessed he was to actually experience talking and singing with greats like Mississippi Fred McDowell, Muddy Waters, and Howlin’ Wolf. He used to listen to these blues greats and study their techniques.

The Colonel explained, “We didn’t quite know how to do it in 1963 but we were listening to a Fats Waller record (which was done in the 30s). We started breaking the tune down. It was not until about 1966 that we started improvising.”

I asked, “Improvisation. Please explain. You are playing and anticipating the next person’s move, correct?”

“Yes, you can change everything. To me improvising is creating a new song every two minutes. Something else is born. It’s not noodling over one chord.”

“So if somebody attends one of your concerts, they are hearing a diff concert each time?” 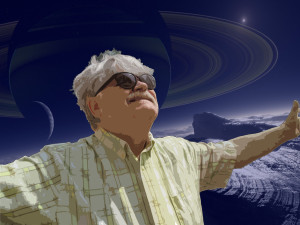 The Colonel and I started to discuss the music today versus 40 or 50 years ago. I read he quit buying albums after 1974 and he verified it was “still true.” He believes the “quality of music has dropped so drastically” today and was sickened after watching a country music award show recently where most of the music appeared to be about “beer and women.” He shed insight into music in the “old” days as follows:

“For me, the intent of the music, I mean, from the 20s, 30s, 40s, 50s, 60s,…the intent was incredible. The musicians were craftsman and they meant what they played and they took it 100 percent seriously and didn’t worry about their image.

Listening to the Colonel, I had a flashback to some of the concerts I recently photographed. The first thing I do is put in ear plugs (to prevent additional ear drum damage I already have) and watch the shows. On a memorable night some of the bands wore costumes, masks, played in the dark with neon lights, and growled into the microphone rather than sing.

The Colonel continued, “Today it’s dramatic with light shows and loud stuff because there is no music. The louder and brighter it is, the less music there is.

“I’d give anything to see Bob Dylan back in his day…Johnny Cash, Hank Williams, Bill Monroe, Chuck Leary playing in a 100-seat club. The thunder was great music and every genre. And today it’s hard to find anything that is really great.”

I wondered what the Colonel believed attributed to the deterioration of music through the years. He replied, “Culture. It happened around 1980, I think. Everything went downhill. Whether it be convenience or drugs or a million things…you can go on and on….

“The whole cultural collapse…dishonesty…no one caring about anyone anymore..the homelessness…everyone became selfish. There’s a million reasons. It [has] somewhat recovered. The kids can’t hear great music and they don’t know what it is.”

With the ascent of YouTube and the information age, early audio recordings of music—you name it—is available to peruse. The Colonel believes that people do not “bother to look.” He feels even if they did see or hear music from the past, they would not “get it.”

The Colonel explained that music is innately inherent in human DNA and possibly the spirit of the music has changed. He said, “In the 60s and 70s, everybody [the music] was good. Ninety-percent meant [what they lyrically wrote]. There was life and death back then. Now, they use if for soft drink ads and car commercials.”

I revealed my personal belief noting “I feel the decline of music as a product and industry happened in the 1980s when corporations and marketing gained a stronghold.”

The Colonel agreed and recounted, “The accountants grabbed hold of the music business. Accountants don’t know about music—and musicians don’t know about accounting. Creation went out the window. Everything is re-hashed today. Even if it is good by today’s standard—it’s not fresh—it’s just re-hashed. It’s all been said and done but I feel it’s time for something to break-through…a different paradigm for certain.”

The last question I asked the Colonel was “What is a big misconception that people have about you?”

He paused, thinking a minute, and then responded, “What did you call me? Scary?” He noted a lot of the comments in the film were an inside joke.

The Colonel was far from being scary. In fact, he was probably the most interesting and kind man I have spoken to in a long time. It was really an honor. I really hope he makes it to Tampa Bay so I can have the pleasure of seeing him in concert.