The multi-instrumentalist and multi-talented Bryce Avary, singer of The Rocket Summer, is  currently on tour promoting his sixth full-length album Zoetic which was released on February 26, 2016.   Last Tuesday, he played to a packed house at The Social in Orlando and delighted his fans with his energetic pop/rock sound.  It was my first time seeing The Rocket Summer and he definitely put on a great show with his catchy and positive tunes. I did notice people in the crowd wearing t-shirts with Christian references and they appeared intimately familiar with every song–singing along joyfully.

During his set someone playfully made a Double Dare comment. I learned that as a child, Avary appeared as a contestant on Nickolodeon’s Double Dare.

It was a very unexpected Tuesday night for me to say the least–really enjoyable and fun.  Avary seamlessly and energetically went from instrument to instrument maintaining the crowd’s full attention.  At one point he dove into the crowd and sang from the middle of the group–and the audience was totally enthralled.  Avary demonstrated his undeniable talent  and genuine love and gratefulness to his fans.  He was definitely a treat to watch! 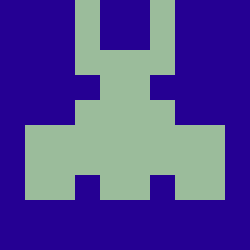